Home >Industry >Ad of the month: Keep on talking

Ad of the month: Keep on talking

Ad of the month: Keep on talking

Mobile service provider Tata Indicom’s new television commercial for their Unlimited Tata-to-Tata Talktime Voucher has been voted the best ad in Mint’s monthly ad survey. Created by FCB-Ulka Advertising Pvt. Ltd for Tata Teleservices Ltd, the ad features a young woman talking nineteen to the dozen into her cellphone, only to end her high-speed dialogue abruptly when the stopwatch says the time’s up.

Brand ambassador and Bollywood actor Kajol steps into the frame to tell consumers about the new Unlimited Tata-to-Tata plan that allows consumers to talk endlessly, without worrying about crippling mobile bills.

Creative director Haresh Moorjani tells us how they zeroed in on this concept. Edited excerpts: 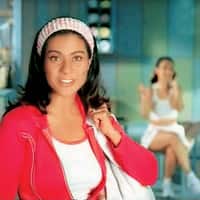 What was the client’s brief for this campaign?

The brief that we got from the client was that they were launching a recharge voucher, which would give the user unlimited Tata-to-Tata talktime. Our creative, then, was based on consumer insight that mobile users, especially those with pre-paid connections, were always scrimping on words while talking on the mobile because they were scared they would run out of talktime.

Not only would the conversations be awfully restrained but consumers would also speak really fast, trying to squeeze in lots of information, in as little time as possible.

How did the team zero in on the campaign?

We went through the brief and based our creative on one simple insight—that people are quite economical with their words when they are on a pre-paid connection.So, we did think of different situations, where the casting, location and scenario kept changing but the core idea—that people are careful about their talktime—remained the same. So, one scenario was a guy in a hostel, while another featured a girl in a park. However, we decided to shoot indoors due to poor weather conditions. That is the ad with the girl in the locker room.

Critics maintain that the campaign and promotions would have worked better if the agency had tapped Kajol as an actor rather than “waste" her talent as the endorser?

We have looked at Kajol as the voice of reason who comes in at the crucial point when the protagonist is facing a ‘problem’—whether it’s limited talktime, poor network quality or a slow Internet connection.

Also, it’s not like she’s just coming in at the end with the solution. If you look at the previous ads on poor network connectivity, especially the one with the bride and groom, Kajol is present through and through. That is the role we have envisaged for her in our commercials. And results show that this is working well for the brand.