Life after IPL | GECs look to recapture the screen

Life after IPL | GECs look to recapture the screen

Whether it’s new programmes, reworked scheduling strategies or a fresh brand identity, television channels are doing what they can to make up for the loss in viewership suffered during the IPL T20 (Indian Premier League Twenty20) cricket tournament that almost monopolized television viewing between 18 April and 24 May. 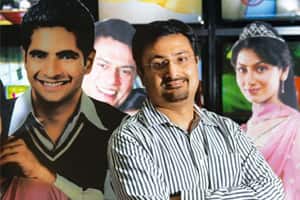 In that period, big players in the general entertainment space saw viewership shares drop 7-8%. Even news channels that had expected a surge in viewership because of the general election in the same period had to be content with a smaller number of viewers.

With the IPL over, general entertainment channels, or GECs, are back in the fray, wasting no time in their attempt to woo back audiences.

On 25 May, the day after IPL ended, Sony Entertainment Television, or SET, the GEC of Multi Screen Media Pvt. Ltd, or MSMPL, launched a brand identity in terms of graphical imagery and visuals, as well as a new signature tune. SET used sister channel MAX (the events and entertainment channel of MSMPL) to aggressively promote its new content line-up, which included four new shows and a follow-up season of the celebrity-led reality show Dus Ka Dum.

This was backed with a Rs25 crore marketing campaign which included a 45-second commercial with the tag line, Badal rahe hain aap, badal rahe hain hum (You’re changing, and so are we). This was aired frequently in the commercial breaks during the IPL matches (MSMPL being the IPL broadcaster), especially during the semi-final and final matches, to ensure maximum visibility. “We wanted to reinforce what we stand for and differentiate what we have to offer from other channels, and the IPL platform was the most fitting to help direct traffic to SET immediately after the tournament," says Danish Khan, marketing head, SET. 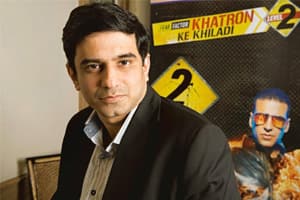 “The phenomenal viewership response that IPL managed to get in 2008 proved that all eyes would be on MAX for the duration of the tournament this time as well," says Basabdatta Chowdhuri, chief executive officer, Madison Media Plus, a unit of the Mumbai-based marketing communications company, Madison Communications Pvt. Ltd. “If you see, during the IPL, there was not a single new programme launched."

Agrees Rajesh Kamat, CEO of Colors, the GEC of Viacom 18 Media Pvt. Ltd: “Cricket is considered a religion in India. So during IPL, it is expected that most viewers would be hooked to the matches." The channel has lined up big-ticket shows such as India’s Got Talent, Chhote Miyan Chapter 2, Maat Pita Ke Charnon Mein Swarg and Mahavir Hanuman.

Figures show how programmes and channels were hit by IPL. The cumulative reach of IPL increased by 21% compared with last year and dented the viewership share of other genres. According to estimates by Insights, the research division of Maxus, one of the media buying agencies of GroupM, while the share of MAX in its genre grew nearly five times (from around 3% to 15%) during the tournament, other genres such as news, kids and movies suffered a 2-5% dip in viewership share. Worst hit were Hindi GECs, biggest on television in terms of both viewers and advertising revenue—viewership declined by nearly 10% and the share of the genre slipped from 26% to around 24%. The data is based on information gathered by GroupM from TAM Media Research Pvt. Ltd, or TAM, a Mumbai-based television audience measurement agency.

In terms of television rating points, or TRPs, which indicate the total percentage of viewers watching a programme at a given point, the GECs lost out to IPL again. TAM data shows a 6% drop in average TRPs of GECs for the week ended 15 May, compared with the average TRPs a week before IPL began.

Priti Murthy, national director, Insights, says there will be “many new initiatives on TV today as channels try and recapture their audiences". They need to, if they are to get advertising revenue.

No wonder then that the GEC space in particular is seeing competition heating up between leaders Star Plus, Colors and Zee TV, forcing channels back to the drawing board.

Zee Television of Zee Entertainment Enterprises Ltd, or ZEEL, has adopted a new programme strategy that includes a slew of new shows. Since the beginning of the year, Zee TV has launched six new shows, two of which were rolled out on 1 June, a week after IPL ended—Pavitra Rishta and Aap Ki Antara. “There is an altered programming and marketing strategy (that) we have adopted over the past three-four months. We have released four new shows over the past few months. On 1 June, we have introduced two more daily soaps," says Nitin Vaidya, chief executive officer, ZEEL, and business head, Zee TV. Also betting big on reality shows is Star Plus, the flagship channel of Star India Pvt. Ltd, which launched a wedding-based reality show Star Vivaah on 13 May and is in the process of rolling out a game-based quiz show called Godrej Khelo Jeeto Jiyo.

“Reality shows work because they draw in viewers and boost TRPs immediately, and Colors’ entry strategy was the first to prove this," says Farokh Balsara, national sector leader, media and entertainment, Ernst and Young India, an audit and consulting firm.

While Colors has opened its Sunday morning slot for original content with shows Kahaniya Vikram Aur Betaal Ki and Sarvapori Shri Swami Narayan Bhagwaan, and plans to do the same with the afternoon time band in July, Zee TV is experimenting with an extended prime-time band by slotting its recently launched soap, Chhoti Bahu, at 7.30pm. Star Plus, too, has been in a schedule restructuring mode.

“We launched an innovative show on marriages, Star Vivaah, in the afternoon (slot) and followed that up with Mitwa after the IPL in prime time—and as we go forward, there will be a lot of new shows launched. Our intent is to keep our programming line-up refreshed and exciting," says Anupam Vasudev, executive vice-president, marketing and communications, Star India. The Hindi GEC have gradually started regaining their viewership after the IPL created a dent into their figures. Ahmed Raza Khan / Mint

GECs and other channels desperately need the boost: Not only have advertising revenues been affected by the economic slowdown, the situation has been compounded by the fact that advertisers have preferred to ride on the IPL and the ongoing International Cricket Council’s T20 World Cup on Star Cricket, the cricket-centric channel from the ESPN Star Sports bouquet. And spot ad rates will be negotiated on the basis of TRPs in the initial weeks.

This, at a time when advertising spending on television is expected to grow by only 7% this year to Rs8,988 crore, against the 18% growth witnessed in 2008, according to the study, This Year, Next Year: India Media Forecasts, released earlier this year by media buying house GroupM India Pvt. Ltd.

Around a fifth of the ads may go to cricket. In an interview with Mint on 27 May, Hiren Pandit, managing partner of GroupM ESP, the entertainment, sports and partnerships division of GroupM, had said: “More than 15-20% of all advertising inventory on TV will go to cricket this year. This will segregate advertisers on TV, as big advertisers who can afford cricket will advertise there, while smaller and newer advertisers will target the GEC space."

Pandit had, however, added that advertising rates on GECs would remain unaffected. A 10-second spot on a GEC gets between Rs40,000 and Rs1.5 lakh, depending on the time band and popularity of the show, while the asking rate for a high-profile event such as the IPL or T20 World Cup is Rs4 lakh, even going up to Rs10-12 lakh, as it did for the IPL final.

“Advertisers who want to be present on TV and cannot afford cricket will advertise on the next best option, which is general entertainment channels, where there are always enough viewers for soaps and reality shows," says Emmanuel Upputuru, national creative director of advertising agency Publicis India.

“Channels facing the brunt of poor advertising revenues are launching new programmes that are fresh with shorter shelf lives, so that there is no fatigue among viewers, who will keep coming back to the channel for one show or the other," says Anand Shah, an analyst with brokerage firm Angel Broking Ltd.

For the time being, the new shows seem to be working their magic. TRPs swung back by nearly 8% for GECs for the week ended 30 May, immediately after the IPL ended, according to TAM data. But whether these channels will be able to hold on to their viewers and, more importantly, bring back ad revenues remains to be seen.