With the International Cricket Council (ICC) T20 World Cup 2016 starting on Tuesday, the focus has shifted again to cricket games and apps. Surprisingly, there are no new cricket games for PC or consoles this time. However, smartphone users now play the new Real Cricket 2016 game, developed by Nautilus Mobile, a Hyderabad-based startup. This is the seventh game in the Real Cricket series and third in the multi-mode series. It is no ordinary feat for any mobile game as barring a few names such as Stick Cricket, World Cricket Championship and Cricket Captain, we haven’t seen any of the cricket games last this long. 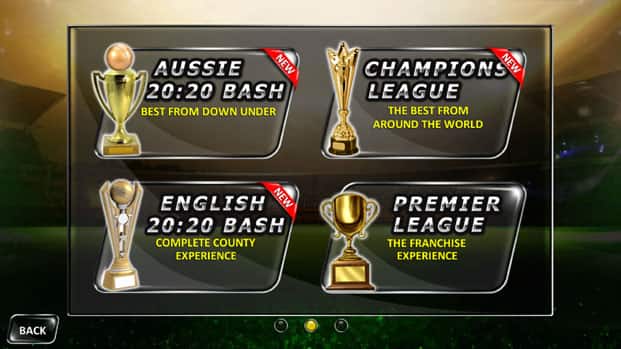 Real Cricket 2016 is a lot bigger and engaging. A string of new tournaments including the recently concluded Asia Cup and the ICC world T20 have been added. Besides these you can also play domestic T20 tournaments such as Australia’s KFC T20 bash, English 20:20 Bash, South Africa’s Ram Slam, West Indies Premier League and the Indian Premiere League. It is also one of the few games to offer a test series mode. No other game besides Cricket Captain 2015 allows users to play test matches. It does sound a bit boring, but it is not. Wickets fall soon as the players are attuned to an aggressive style of play. Challenging but no major improvement in graphics

The interface is quite detailed which gives one the feeling of playing a PC game and not a mobile game. Unfortunately, Nautilus hasn’t really done much to improve the graphics beyond the user interface. The pitch, stadium, players and their actions look just the same as they did in Real Cricket 2015. Some new shots such as the helicopter shot have been added. It is a bit of a let-down considering that the series is in its third year and with such powerful smartphones available, it would have been fun to have something more realistic than just animated stuff. Games such as Cricket Captain 2015 and ICC Pro Cricket 2015 have changed the way people looked at cricket games for mobile by bringing in PC like graphics into them.

The gameplay is fun and a lot more challenging than before. Even on easy mode the opponent can make you sweat for runs. Containing the runs is a lot harder now. Clearly, if you like challenges this is more fun than Stick Cricket or ICC Pro Cricket 2015. The player roosters are also updated with the latest ICC players, which is impressive as most cricket games don’t gave the licence to use player names and use made-up names that sound similar. Some areas of improvement

The game has a few factual errors, though. For instance, Haris Sohail, the Pakistani all rounder is featured as a medium pacer in the game though he is actually a spin bowler.

The game is free to download and all the tournaments are available right away. This is new as not all modes were accessible and one had to pay to unlock all of them in previous versions of the game. The developer has tried to make up for it by increasing the number of ads. Not only is the frequency of ads much higher but they pop-up even between matches. You can get rid of the ads permanently by paying ₹ 1,350 or for a month by paying ₹ 250. You can buy more powerful bats and better shoes through app purchases from the store.

Overall, it is fun to play as there are no other games that offer so many features under one roof. If you can live with the ads, this is the game for you. It is available on Google Play Store and Apple App Store.