Thanks for Visiting Mint
You seem to have an Ad Blocker on. Please turn it off in order to continue, or whitelist Mint
HOW TO TURN OFF AD BLOCKER
OR
REFRESH IF YOU ALREADY TURNED OFF THE AD BLOCKER
Home >Home Page >Airports seek to raise charges again citing slow revenue growth

Operators of the high-traffic airports in Mumbai, Delhi and Hyderabad have proposed another increase in airport charges to counter slower-than-expected revenue growth. 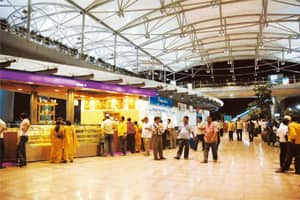 The Airports Economic Regulatory Authority, or Aera, says it will decide on the proposal only after consultations with stakeholders, including airlines and airport operators, but legal agreements already in place suggest that the newly established regulator may have its hands tied.

GMR Hyderabad International Airport Ltd, or Ghial, has sought approval for a steep 20% increase in the user development fee charged per domestic passenger from Rs375 to Rs450; it proposes to more than double the fee from Rs1,000 to Rs2,600 per international passenger.

Bangalore International Airport Ltd, or Bial, which levies a user development fee of Rs260 and Rs1,070 per domestic and international passenger, respectively, has already sought Aera’s approval for an increase by an undisclosed margin.

Private airport operators are seeking to recover a part of their investment and meet service standards after a global economic downturn last year led to a sharp decline in passenger growth and revenue. Consumer forums and airlines say the increase in charges isn’t justified.

“We should study some information and go to courts," said Reddy, who added that the consumer forum was approaching Aera, asking that the voice of consumers be heard before permitting any increase.

Aera chairman Yashwant Bhave said any decision on another increase will be made after consultations with all stakeholders.

Mumbai airport was granted a 10% increase in airport charges in December, followed by Delhi airport in February.

Charges at all other airports including those run by Airports Authority of India were allowed the same increase from April this year.

However, even Aera may find it difficult to overrule another increase by the New Delhi and Mumbai airports, at least.

A clause in the state support agreement signed at the time of airport privatization in 2006 between the government and the airport operators specifies minimum benchmarks for tariff setting.

The clause said the initial “airport charges" will continue “for a period of two (2) years from the effective date (2006)." If the operators are able to complete specified project work within the specified time frame, “a nominal increase of ten (10) per cent over the Base Airport Charges shall be allowed for the purposes of calculating Aeronautical Charges for the duration of the third (3rd) Year."

The project term for DIAL and Mial started from 2006, going up to the next 30 years and extendable for another 30 years.

The agreement also mandated how future charges will be set, saying the airport operators would have the option of increasing the base charges by at least 10% from the start of the fourth year till the end of the term.

Airlines fear that an increase in charges could crimp growth in passenger traffic. In October, the number of passengers who travelled by domestic carriers rose 25% from a year ago to four million.

Paramount Airways Pvt. Ltd’s chairman and managing director M. Thiyagrajan said the airline hoped the new regulator would weigh the pros and cons before approving another hike in charges.

Many airports across the globe have either reduced or frozen fees and levies in the aftermath of the global economic downturn, said Orhan Abbas, Emirates’ vice-president, India and Nepal.

“Indian airports have taken a different turn altogether where the airport authorities have decided to levy an airport development fee on domestic and international departures," he said. “We think this change would adversely affect the aviation sector."

The increase that had been granted last year was the first in airport charges for 10 years, and “after that what we have asked for is entitlement under the concession agreement," said Sidharath Kapur, chief financial officer (airports), GMR Group, the majority stakeholder in both Delhi and Hyderabad airports.

He said the airport had “certain standards to meet and the compensation is based on that." In the case of the Hyderabad airport, aeronautical charges are linked to the Wholesale Price Index, Kapur said.

A Mial spokesman said the airport had written to the ministry for a 10% increase in airport charges earlier this year, but was directed to wait for the regulator to come into place in September.

Kapur said airports such as Delhi, being expanded at a cost of $2 billion (Rs9,220 crore), had to recover the cost of investment.

“We are also sympathetic to them (airlines) but airlines have a flexibility to alter their business model, dropping routes, etc. Airport (business) is long-term. I have to build and ensure service standards, and ensure my bottom line is also not in the red," he said.