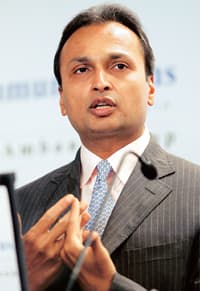 Both companies issued statements saying they are ending exclusive talks, which began on 26 May and were set to continue through 21 July unless extended. They said legal and regulatory “issues" will prevent plans to combine both businesses.

The proposed deal, which could have led to a powerful global telecommunications firm straddling two growth markets in India and South Africa with nearly $70-80 billion in value, was increasingly in doubt in recent weeks as India’s markets plunged, pulling down the value of Reliance Communications.

Adding significant uncertainity were sudden claims put forward by Reliance Industries in the middle of the original 45-day exclusivity period of talks between MTN and Reliance Communications.

Reliance Industries, which has since begun arbitration proceedings against Reliance Communications, challenged Anil Ambani’s right to sell his controlling shareholding to MTN as part of the deal claiming a legal first right of refusal stemming from how the brothers divided their father Dhirubhai Ambani’s business empire and went their own ways.

Meanwhile, MTN’s own reputation of frequently talking a deal but never consummating one — this is their second dance with an Indian telecommunications firm, having discussed a combination with Sunil Mittal’s Bharti Airtel Ltd — also meant there have been swirling questions about whether the MTN-Reliance Communications will really take place.

Indeed one rival telecom chieftain, watching the deal from the sidelines, was suggesting Friday that MTN’s long history of wanting to do a mega deal was far from over.

Sure enough, late Friday, at least one senior India-based executive close to the discussions confirmed the talks were off.

“The deal is called off due to legal and regulatory issues in South Africa, not so much due to the legal issues raised by RIL in Mumbai," said this person, who didn’t want to be identified, prior to the formal confirmation from MTN to the Johannesburg Stock Exchange. This person also claimed both sides are still keen to continue negotiations at a later date. 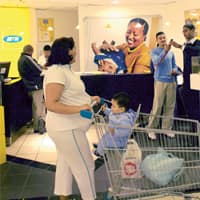 On the lookout: Customers at an MTN mobile shop in Cape Town.

Parting ways would allow each side, especially MTN, to engage in conversations with others. Some have speculated it might revisit Bharti Airtel though it is unclear how receptive a more circumspect Mittal will be to a new MTN overture.

Until this week, MTN was believed to be open to extending its talks with Reliance Communications provided the Ambani brothers showed signs of reaching a potential settlement.

Reliance Communications, which has been snapping up smaller overseas assets, has nearly 50 million subscribers in India.

MTN has about 68 million subscribers. MTN’s Chief Executive Officer Phutuma Nhleko has driven MTN’s expansion north from South Africa into 21 countries throughout the continent and the Middle East.

Rina Chandran and Gugulakhe Lourie of Reuters and J. Krishna of Mint contributed to this story.