Mumbai: A cup of Evian natural spring water, a tablespoon of Filippo Berio olive oil and a pack of Lurpak unsalted butter are just some of the gourmet ingredients that go into making the “classiest butter chicken" currently available. Software professionals Iran Bharat Saxena and Padma Prasad are the chefs and people behind this home delivery venture, Anaarkalibutter chicken, which costs Rs6,000 for a portion for two. 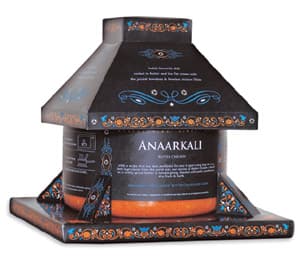 For eight years, the butter chicken lovers experimented in the kitchen as a hobby, trying to find the perfect recipe for their favourite dish. This year, they had the eureka moment.

“Through a process of trial and error we found the mix of ingredients that tasted perfect. And we thought we wanted to share it with everyone," says Prasad.

Using fresh tomatoes, RO filtered tap water or regular cooking oil didn’t give desired results. On a visit to Singapore, Saxena discovered Hunt’s tomato paste. “Bharat believes that the kind of water used can really alter the taste of a dish. When we used Evian, we found a difference in the taste and liked it," she says. The dish is cooked only by the two of them. A maximum of 10 orders are taken every day.

They launched the home delivery service last month along with a marketing drive that involves travelling to different cities to get people to sample the taste and give feedback.

Narendra Shenoy from Mumbai got to try the dish through Anaarkali’s Facebook promotion, when packages were sent to a few chosen fans of their group. On his blog, Shenoy wrote that this is the best butter chicken he had ever tasted: “But is it worth Rs6,000? The answer, dear reader, is a resounding yes! Provided, of course, that it is somebody else’s Rs6,000."

Kundan Lal Gujral, founder of Moti Mahal in Daryaganj, New Delhi, the man who invented the dish that popularized Indian cuisine internationally, would have never thought that even the British would add olives to the dish that reminds you of mustard fields.

Vinod Chadha, who took over the reins of the restaurant in 1992, is confident that nothing can take away their title as the makers of the best butter chicken in the country. Made with fresh tomatoes and cooked for 24 hours with the best tandoori chicken, he doesn’t recommend Anaarkali. “I would never eat this butter chicken, the ingredients are all wrong. And why would I spend that much money?" he laughs.

But Prasad says there will be takers for their premium butter chicken. After all, she says, it is like champagne, meant for special occasions.