New Delhi: Confusion shrouds California-based billionaire non-resident Indian B.K. Modi’s bid to buy the 32% stake held by some Indian shareholders in Multi Screen Media Pvt. Ltd, which broadcasts channels such as Sony Entertainment Television and SET MAX, with a person familiar with the situation in the Modi camp claiming that they have a binding agreement with the shareholders and a shareholder claiming that the sellers are shopping around for buyers.

“The deal is far from being final and I can say that nothing has been finalized. There are other prospective buyers as well," said one of the Indian investors asking not to be identified. He was reacting to media reports, including in this paper, that Modi had finalized the deal with these shareholders. The Indian shareholders had declined comment at the time.

This person added that the price quoted in the media reports—$320 million (around Rs1,373 crore) for 32%—was only “part payment", but refused to provide more details.

The person from Modi’s camp termed this claim regarding the nature of the deal a lie. “They are lying. We have a binding agreement. They have to sell to us. I don’t know what they are talking about," he said. 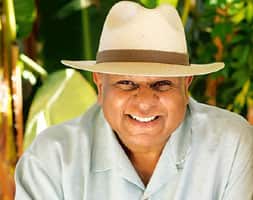 “Nothing has happened so far," said Kunal Dasgupta, chief executive, Multi Screen Media, referring to the Modi deal. He added that any deal entered into by the Indian shareholders would have to be approved by Sony Pictures Entertainment Inc.

Multi Screen Media hit the jackpot by winning five-year broadcast rights for the Indian Premier League, but the company has been dogged by controversy.

It started life in 1993 as Ace TV Pvt. Ltd when a group of Indian entrepreneurs acquired a broadcast licence. In 1994-95, they joined hands with Sony Pictures and formed Sony Entertainment Television India Pvt. Ltd and launched a general entertainment channel by the same name.

According to the Indian shareholder previously quoted, the entrepreneurs, through investment firms Atlas Equifin Pvt. Ltd and Grandway Global Holdings Ltd, invested $18 million for a 40% stake in the joint venture. He added that over the years, the group must have invested around $40 million in the company.

In 2000, US-based private equity firm Capital international bought an 8% stake from the Indian investors for $200 million, valuing the firm at $2.5 billion.

Differences broke out subsequently as the Indian investors wanted an exit through an initial public offering (IPO) of shares, while Sony did not want to take this route. The entrepreneurs dragged the company to court on a couple of occasions when the firm called for capital.

According to people familiar with the developments who asked not to be named, several buyers had expressed interest in buying out the Indian investors’ stake, but a deal could never be clinched.

A senior executive at Multi Screen Media said that any prospective buyer will have to agree to certain conditions in the shareholders’ agreement. “There will be no IPO, they will have no say in running the company, and we will keep calling for capital," the executive added.

Modi had announced his interest in Multi Screen Media in May. The person from his camp said that they were not keen on an IPO too.

“Why would we want an IPO? We look at it as a lifetime investment. We don’t want any say in management, we don’t even want veto rights. We will invest more money than they will ask for, because we think it’s a seriously under-funded company."