New Delhi: The India story may be waning, but the India case study is still waxing—at least in business schools around the world.

While economic uncertainty may have dulled current investor appetite for India, the flexing of the country’s business muscle over the past few years has led to increasing interest among management schools about just how companies are run in India.

That has fuelled a hunger for case studies that show how local firms find solutions for the uniquely demanding Indian business landscape and how they may fare when they go abroad, as they have been doing for a few years. While a growing number of business schools are teaching Indian cases to create awareness about the country’s economy and corporate culture, leading case publishers are tying up with Indian management institutes to produce and co-brand cases. 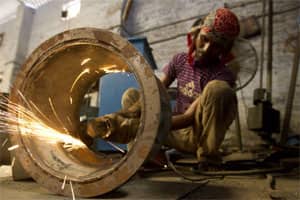 “If you look at the Indian companies, they are not just growing in India, but also growing globally," said Kachra, director of Ivey’s India operation. “You saw Indian companies coming to Canada buying companies, you saw the Tatas becoming global, you saw (them) moving to Africa. Indian firms are turning multinational and everybody wants to know about it."

Realizing the potential, leading Indian business schools are focusing on creating a pool of Indian cases that encompass subjects such as Tata Motors Ltd (acquiring and turning around Jaguar Land Rover, launching the Nano), Nokia Life Tools (a service tailored for farmers living in remote areas), and ethnic snack-food chain Goli Vada Pav, among others.

Business schools in the US and Europe are looking at India to understand how business works in the country, and case studies are a great tool, said Narayanan Ramaswamy, partner and head of the education practice at audit and consulting firm KPMG.

“Besides, with a large number of Indian students and professors overseas, Indian cases make sense. And BRICS (Brazil, Russia, India, China, South Africa) is the new power centre in the global economy. Put them all together, you will know why Indian cases are increasingly becoming popular across the globe," he said. “India is a hot spot now, and with Indian companies going global, everybody wants to know the management philosophy in the country."

Ivey has tied up for case studies with the Indian School of Business (ISB), Hyderabad, the Indian Institute of Management (IIM), Bangalore, and the Management Development Institute (MDI), Gurgaon.

IIM-Bangalore has stepped up its focus on case studies, said Bringi Dev, an adjunct professor and head of communication, as is evident from the tie-up with Ivey as well as another one with Harvard Business Publishing, which has picked up more than a dozen case studies from the school, the second being slanted towards case dissemination.

The engagement with Ivey is deeper—from workshop to case writing and disseminating, Dev said.

“While the global fraternity wants to know about Indian cases, such things also help improve research and take the Indian business schools to a further bigger platform," he added.

Developing the case studies involves professors engaging in discussions with company managements, field visits and writing dispassionately about the businesses. “So, it’s not investigative journalism or a judgement, but a balanceddescription of the decisions of a corporate entity," Kachra of Ivey said.

IMD Business School in Switzerland uses Indian cases to explain the nature of business in BRICS countries within the context of the current global economy, said executive director Hischam El-Agamy.

IMD professors have developed cases on companies such as Tata Motors, Dr Reddy’s Laboratories Ltd and ICICI Bank Ltd, among others. Last month, they invited the management of Mumbai-headquartered fast-food chain Goli Vada Pav to explain the business model to students.

The company was set up to create an ethnic snack chain offering the Mumbai street food classic, the vada pav. The company has a chain of 125 stores now and plans to have 500 outlets in the next four- five years.

“You cannot ignore the shifting economic scenario and here India is important," El-Agamy said, adding that text-heavy case studies need to be accompanied by audio and video to draw in the classroom audience and have things explained better.

Indian management colleges have improved their understanding of local case studies and have learnt to value them, said P. Rameshan, director of the newly established IIM-Rohtak.

“While it gives a perspective to students to understand a business scenario better, it does bring some revenue (as well)," said Rameshan, who has already worked at the IIMs in Lucknow and Kozhikode. “Though we are new and yet to have our permanent campus, we have already published a case on Air India and we wish to keep writing cases as we get good (faculty members) and research scholars."

With India planning to allow foreign universities to open independent campuses in the country, Indian business schools and case publishers believe the market will expand.

“These foreign schools will need content and here Indian case studies will help. It will give revenue eventually," Kachra said. In India, Ivey school charges an individual $30 (Rs 1,680) to access cases, while the rate would be higher in, say, Europe or Canada.

Within India itself, the potential is substantial, catering to the country’s 3,500 business schools and the more than one million students they have, according to official data.