Pfizer Inc. on Monday agreed to pay $68 billion (Rs3.35 trillion) to acquire rival Wyeth, in the largest pharmaceutical deal in nearly a decade.

Separately, Pfizer said fourth quarter (Q4) net income plunged 90% on $2.3 billion in litigation charges and that it would cut a further 10% of its workforce, while Wyeth also reported a decline in Q4 net profit. 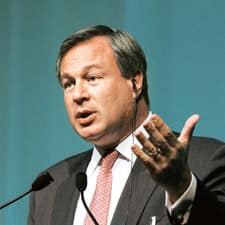 Pfizer offered Wyeth shareholders $50.19 per share, paying $33 a share in cash and 0.985 a share in Pfizer stock. That is a 29% premium over where the shares closed on Thursday before The Wall Street Journal reported that the two were in talks.

With a value of $68 billion, the deal is the largest takeover in the pharmaceutical sector since Glaxo Wellcome Plc. acquired SmithKline Beecham Plc. for $76 billion in 2000.

Wyeth chief executive Bernard J. Poussot and his management team aren’t expected to remain with the company after the takeover, according to one person close to the deal. That would put control of Wyeth firmly in the hands of Pfizer chief executive Jeffrey B. Kindler, who took Pfizer’s helm in 2006.

Since then, Kindler has earned a reputation as a cost cutter, firing at least 15,000 employees since January 2007. He has also shuttered laboratories and put manufacturing plants up for sale in order to make the company more efficient. Pfizer first approached Wyeth about a deal in June, but the talks stalled amid the market turmoil in the fall. The talks then gathered steam again over the past month.

The Wyeth deal—set to close no earlier than late in the third quarter—appears to be mainly driven by the pursuit of such efficiencies. Pfizer believes the deal will lead to annual savings of $4 billion by the end of the third year. That will include what Pfizer said is a 10% cut of its workforce and closing five manufacturing plants.

The combined company will also have 17 products that generate at least $1 billion in annual sales. Pfizer said on Monday it exceeded its cost reduction target in 2008 by cutting total costs by $2.8 billion. The company had been hoping to reach at least $2 billion.

Meanwhile, Pfizer’s Q4 net income fell to $266 million, or 4 cents a share, down from $2.72 billion, or 40 cents a share, a year earlier. Excluding items including the settlement of investigations regarding off-label marketing of pain drug Bextra, earnings rose to 65 cents from 50 cents. Bextra was pulled from the market in 2005 amid concerns that the drug was linked to an increased risk of heart attacks and strokes.

Revenue fell 4.1% to $12.3 billion, hurt by patent expirations during 2008 and the strengthening dollar.

Analysts surveyed by Thomson Reuters had expected earnings of 59 cents on revenue of $12.54 billion.

As for Wyeth, its Q4 net income fell 5.8% to $960.40 million, or 71 cents a share, compared with $1.02 billion, or 75 cents a share, a year earlier. Excluding restructuring costs, earnings were flat at 78 cents. Revenue decreased 7% to $5.3 billion, hurt by the impact of the strengthening dollar. Analysts had expected earnings of 79 cents on revenue of $5.79 billion.

Gross margin increased to 74.9% from 71.7% amid a 2.5 percentage point boost from currency rates on costs of goods sold.

A group of five banks— Goldman Sachs Group Inc., Bank of America Corp., JP Morgan Chase and Co., Barclays Plc. and Citigroup Inc.—have each agreed to provide $4.5 billion in financing for the Wyeth purchase, according to a person familiar with the transaction.

Under the loan agreement, the banks can withhold financing if Pfizer’s credit rating falls below a certain threshold. If that occurs, Pfizer would have to pay Wyeth a reverse break-up fee of $4.5 billion. That potential penalty is very high by historical norms and underscores the difficulty of completing deals in the current environment.

In order to protect its credit rating—which sits just below AAA—Pfizer plans to cut its quarterly dividend, which was 32 cents per share in the last quarter, by half. That should save the company nearly $1 billion per quarter.

Meanwhile, Crucell NV said Wyeth pulled out of friendly takeover talks with the Dutch vaccine maker. Crucell admitted the discussions earlier this month, and people familiar with the matter at the time valued Crucell at €1 billion (Rs6,360 crore).

Kerry Grace and Kevin Kingsbury contributed to this story