Home >Home Page >Shantha&#8217;s story is that of Indian biotechnology

Shantha&#8217;s story is that of Indian biotechnology

Shantha’s story is that of Indian biotechnology

Bangalore: The biotechnology industry is abuzz that Shantha Biotechnics Ltd, the company that gave India its first genetically engineered healthcare product in 1997, is on the block. Its majority stakeholder, French biotech bioMérieux SA, plans to offload half its holding, but the identity of the likely buyer is something that even founder K.I. Varaprasad Reddy claims he doesn’t know.

On 3 June, quoting French paper Les Echos, Bloomberg reported that “bioMérieux could get between €280 million (Rs1,926 crore) and €420 million for the stake". The report said the buyer could be GlaxoSmithKline Plc. (GSK), Novartis AG or Sanofi-Aventis SA. 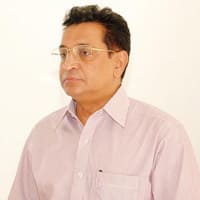 Other reports have since singled out GSK as the likely buyer, but its India spokesperson refused to deny or confirm the news, saying: “We do not comment on market speculation."

“It could be Novartis, Sanofi or GSK; I don’t know. BioMérieux is looking for a strong technology partner in India, and any multinational that has vaccine expertise could be a potential buyer," said Reddy.

It’s hard to believe that Reddy, who has a 17% stake in Shantha, doesn’t know who the new partner will be. Still, his anxiety at this point, when the company is launching new products, is quite believable. “I’ve told bioMérieux that whoever comes, if the name of the company or its philosophy is changed, I’d exit," he said.

After launching India’s first recombinant vaccine (those using genetic material from another organism) for hepatitis B in 1997, Shantha introduced a set of other vaccines for a decade, mostly combination vaccines that offered immunization against multiple ailments. In November 2006, bioMérieux took a 60% holding in the company and then extended it to 80% by buying out other shareholders. However, experts say the firm couldn’t perform as well as envisioned by the two partners, whose respective expertise in prophylactic (preventive) and therapeutic (curative) vaccines were then complementary.

But Reddy doesn’t agree. He said Shantha’s April launch of an oral cholera vaccine and a new pentavalent (five-in-one) vaccine, which recently got a 350 million dose order from the United Nations Children’s Fund, will double its revenue from Rs209 crore in March to Rs400 crore next fiscal. Another promising vaccine for rotavirus—which causes infant diarrhoea—funded by a grant from the Bill and Melinda Gates Foundation, is slated for launch in 2012, he added.

In 2006, it was expected that bioMérieux would use Shantha’s manufacturing facilities to expand its vaccine business, but it looks like that didn’t happen, says Nitin Deshmukh, head of private equity at Kotak Mahindra. Shantha may have lost part of its sheen lately as the vaccine industry has become competitive with falling margins, he suggests. “Moreover, Shantha couldn’t scale up in (all) these years."

Others don’t agree; globally, the vaccine business has grown in double digits in the last three-four years. “If I were French (bio-Mérieux), I’d not sell Shantha," says Albrecht Laufer, chief executive of BioRegioN, a network of at least 200 German biotech firms. Laufer, who is looking for Indian vaccine partners for some German biotech firms, said this while in Bangalore for a biotech event last month.

Most analysts say they don’t know the real reason for the sale. Emails and phone calls to bio-Mérieux weren’t answered. Analysts have two hypotheses: Maybe, in 2006, bioMérieux thought of the deal as an investment opportunity; or, maybe, it looked at it as a way to expand its vaccine business. A lot has happened since 2006, when the valuations were high.

“Some of the vaccine players such as Panacea (Biotec), Bharat (Biotech) and Shantha were good marketeers then," says Jasmin Patel, managing director of FIL Capital Advisors, Fidelity Ventures’ private equity and growth capital fund focused on India. He says perhaps bio-Mérieux, driven by its core business compulsions, needs to act like an investor, though he expressed surprise that it is not selling its entire stake. Any new foreign buyer would ideally want to buy out the entire company, he says.

From the outside, this soon-to-happen deal may look like a company-specific event, but experts say it is reflective of what could happen to the biotech sector in India as more local firms attract predatory advances from global giants. Reddy blames this on the government allowing 100% foreign direct investment (FDI) in recombinant technology firms. But Biocon Ltd’s chairman and managing director Kiran Mazumdar-Shaw says she favours FDI in the sector as restricting it won’t prevent predatory advances by multinationals.

Mazumdar-Shaw says what hampers the sector is lack of investment and risk capital, tax credits and the lopsided policy of the National Pharmaceutical Pricing Authority, which favours imported drugs of multinational firms and forces domestic players to a price level 25-30% lower than that of foreign competition.

One example the local industry cites is the customs duty reduction and excise duty exemption on a number of life-saving drugs announced in the Budget, where the fine print shows that “this only pertains to specific MNC drugs, especially from Roche, GSK and Bristol-Myers Squibb".

It is about time the government understood the danger of ignoring the fiscal needs of this sector and stopped assuming that firms the size of Biocon will emerge without much help from the government, says Mazumdar-Shaw. “If this ostrich-(with-its-head-)in-the-sand approach goes unchecked, then we should not be surprised at seeing the Indian biotech sector being swallowed by multinational companies who obviously can see far more potential than the myopic government does."