Revamped DGCA to have more power

Revamped DGCA to have more power

Mumbai: The Union government is set to overhaul the Directorate General of Civil Aviation (DGCA), giving it greater authority, including the power to regulate air fares, and offering financial autonomy to an office that now functions as an extension of the civil aviation ministry.

The government is in the process of introducing a Bill to effect the revamp, civil aviation minister Vayalar Ravi said. DGCA will be modelled on the UK’s Civil Aviation Authority, the responsibilities of which include air safety, economic regulation, airspace regulation, consumer protection, and environmental research and consultancy. In its new avatar, DGCA will be renamed Civil Aviation Authority as well. 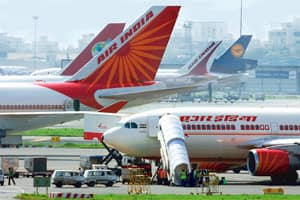 It will get the freedom to fill up vacancies, improving its efficiency. At least 500 DGCA positions are now vacant, with around 400 being technical positions dealing with key functions such as the training of personnel, the inspection of aircraft and the audit of training centres.

“We are proposing (giving) some economic regulatory functions to the new authority, including air fares and other select areas," said Nasim Zaidi, secretary, ministry of civil aviation. He did not divulge specific details about economic regulatory aspects.

Zaidi said the idea is to create a proper organizational structure that is independent and financially viable. India is the ninth largest and fastest growing aviation market in the world, and is expected to be among the top five in the next 10 years, with domestic passenger traffic touching 160-180 million and international traffic set to exceed 80 million, according to the civil aviation ministry.

The proposed Civil Aviation Authority will take up consumer protection and implement an ombudsman scheme, he added.

According to Zaidi, the ministry has studied the aviation regulatory systems in many countries without hiring any external agency and decided to adopt the UK model. The UK Civil Aviation Authority’s responsibilities include managing the principal travel protection scheme, the Air Travel Organisers’ Licensing, and oversight of consumer issues.

“The government is proposing to have a Bill to create an organization that has financial autonomy with a lot of freedom. At present, DGCA is just an associate office to the civil aviation ministry with no financial autonomy," the official, who didn’t want to be named, said.

Another person familiar with the development said the proposed regulator will have a say in setting domestic air fares, especially to counter predatory pricing by airlines. This person also didn’t want to be named.

A working group under the chairmanship of director general of civil aviation E.K. Bharat Bhushan is working on a regulatory framework to protect consumer interests, including the disclosure of tariffs and conditions of service by domestic airlines.

DGCA has directed domestic airlines to display established tariffs route-wise and category-wise on their websites every month and also notify any significant changes within a day of making such changes.

Besides, a tariff analysis unit has been set up at DGCA to monitor domestic fares on a regular basis at periodic intervals.

A senior executive of a private airline said giving the responsibility of economic regulation to DGCA may put pressure on airlines. DGCA recently instructed airlines not to charge passengers for seat selection, an international practice and a source of revenue.

“Even now DGCA is indirectly regulating the air fares. If the idea is to regulate fares and protect the consumer, it is only fair that it also protects the airlines," the executive said, requesting anonymity.

The new regulator should be structured in a way that the interests of consumers and airlines are balanced, said Vishwas Udgirkar, senior director and partner at audit and consultancy firm Deloitte Touche Tohmatsu India Pvt. Ltd.

“It should neither over-regulate airlines nor allow airlines to take consumers for a ride. The organization should ensure that competition is driving the market, not cartelization," he said.