New Delhi: In whatever other respects last November’s terrorist strike on Mumbai is said to resemble the 11 September 2001 attacks in the US, there is one crucial difference. While an avalanche of litigation followed?9/11, there has been only a small trickle of 26/11 lawsuits in the Indian courts.

Virtually all of the legal action has come in the form of public interest litigation (PIL) demanding accountability from a state unprepared for such attacks. 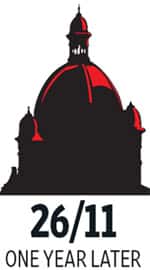 Many of these PILs are pending, says Ravi Kadam, attorney general of Maharashtra. “There was a flood of PILs after 26/11, and they were all bundled together for hearing. Some of them were really frivolous," he says. “But these are in cold storage, because of what the Supreme Court (SC) said."

Also See In memoriam: events happening in Mumbai and Delhi as tribute to victims of 26 November attacks (Graphics)

In August, the Supreme Court had stayed a Bombay high court order issued in response to another set of PILs, filed by the Society of Indian Law Firms and represented by Lalit Bhasin. The PILs demanded that the contents of the Pradhan Committee report, probing the government’s response to 26/11, be made public, and the Bombay high court had agreed.

“What is the use of disclosing it to public? What is the advantage… It will only serve for television discussions," a three-member Supreme Court bench had said at the time.

Bhasin insists that the effort was to expose “the inadequacy of government preparation, and the lack of transparency".

But after the Supreme Court offered this devastating critique of the Bombay high court’s order, the pending PILs went into hibernation. Also, as Somasekhar Sundaresan, a partner at J. Sagar Associates, observes, “There was just some judicial fatigue in dealing with PILs on issues like this."

In contrast, 9/11 sowed the seeds for a veritable jungle of legal action. Some victims’ families, choosing to reject the awards (averaging $2 million, or Rs9.32 crore today, per victim) from the federal Victim Compensation Fund, sued airlines, security companies and other defendants. As of 11 September this year, lawsuits filed by three families, over airline security, were still pending; the other 93 had settled out of court, collecting an estimated $500 million.

Simultaneously, a consortium of relatives, calling itself the Families United to Bankrupt Terrorism, sued a multiplicity of defendants—including the governments of Saudi Arabia and Sudan, and the Saudi Binladin Group—for supporting the terrorists behind the 9/11 attacks. (The amount demanded, initially a dizzying $116 trillion, has since then dropped to $1 trillion.)

Lawsuits have also been filed by some of the Guantanamo Bay detainees against the American government, after they were captured and incarcerated during the “war on terror" born out of 9/11.

It is the liability lawsuits against private companies, which proved so popular in the US, that were missing after 26/11. The notion of third-party liability allows a person, for example, to sue a hotel for damages after incurring any injury on its premises.

“These hotels would have had public liability policies in place, but terrorism was excluded as a cover," says Rajive Kumaraswami, head of risk and reinsurance at ICICI Lombard General Insurance Co. Ltd. “What is strange or interesting is, despite the fact that there were so many foreigners staying in the hotels at the time, we don’t seem to know of any suits filed against them. Unless they were suits filed abroad, in their country of residence."

In India, Kadam adds, the proof of liability is much stricter. “Technically it might have been possible to file a lawsuit, but I don’t think that the Taj, for example, would have liability for this," he says. “In the US, it is very, very different—it isn’t comparable at all. There, everything is tried by jury, and it goes by sentiment. Here there are statutes and caps on liability."

Kadam also points to a less pronounced tendency to sue in India. “Nobody would have even thought of filing against the Taj or the Oberoi," he says.

The centrepiece trial of 26/11 is, of course, that of Ajmal Kasab, the only one of the 10 terrorists to be apprehended last year; that trial began mere months after his arrest.

The centrepiece trial of 9/11, of Khalid Sheikh Mohammed, the architect of the attacks, began in June 2008 and is expected to move into a federal court in New York later this year.