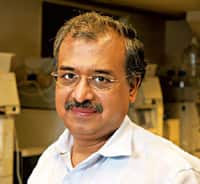 The Sun Pharma stock rose 2.05% on Wednesday to close at ₹ 1,756.25 on the Bombay Stock Exchange even as its benchmark Sensex index remained almost flat. At the time of writing, the Taro share was at $11.63 ( ₹ 543) in over-the-counter trading in the US, 2.08% higher than its Tuesday price.

Sun Pharma, which holds about 36% of Taro Pharma, has been fighting a legal battle since May 2008, when the latter terminated a $454 million deal, saying it undervalued the company.

As per the original agreement, Taro Pharma, a Tel Aviv-based ailing drug maker with accumulated losses at the time, was to be merged with Sun Pharma. But the deal that valued Taro Pharma at $7.75 a share got stuck as its management dragged the Indian firm to courts in Israel and the US.

Sun Pharma, aggressive on global expansion in the generic drug space, found the loss-making Taro Pharma, with its presence in the US and parts of Europe and Asia, a good fit for its strategy of turning around sick companies after acquisition.

Taro Pharma, however, after turning around on its own in a year, believed it had the potential to command a higher value. Israel’s SC, which was hearing an appeal filed by Taro Pharma to block Sun Pharma from exercising the option agreement that forces Levitt and family to surrender their shares, and thereby losing control of the company, unanimously dismissed the appeal on Tuesday.

Also Read We will not revise the offer price for Taro

Taro Pharma’s appeal was against an earlier ruling by the Tel-Aviv district court holding that Israeli special tender offer rules do not apply to the deal.

“We are ready to finally move forward now to close the offer and enforce our rights under the option agreement to purchase the Levitts’ controlling shares," Dilip Shanghvi, chairman and managing director of Sun Pharma, said in a release.

The option agreement, signed between Alkaloida and the promoters of Taro Pharma, is an alternative pact that gives Sun Pharma the right to claim Taro Pharma promoters’ controlling stake at a perviously agreed price in the event of a unilateral termination of the deal.

This option should follow a tender offer to the minority shareholders to acquire the outstanding ordinary shares by Sun Pharma, states the option agreement reviewed by Mint.

In a 69-page decision, the three-judge bench of Israel’s SC, said there were no legal or moral grounds upon which to require Sun Pharma to comply with the special tender offer rules.

The court also declared that its ruling in favour of Sun Pharma was dictated by concerns of fairness, good faith and commercial stability and affirmed the district court’s finding that Taro and its directors had acted in bad faith.

Kekst and Company, an agency that handles Taro Pharma’s external communication, did not take calls on Wednesday.

Sun Pharma’s open offer is now set to expire on 14 September. Till 3 September, there were 28,882 ordinary shares tendered. Some minority shareholders are undecided.

Mark Mobius, chairman of Templeton Asset Management Ltd, which owns 10% of Taro, said on Wednesday in an interview with business channels that he would not tender shares at $7.75. “We haven’t decided on a price for tendering the company’s shares and nor have we discussed the matter with Sun Pharma. It is important to have audited numbers of Taro," he said.

Taro Pharma claims that it has improved its business performance since 2007, but has not come out with its audited results for the last couple of years.

“We estimate Sun Pharma’s current stake in Taro to be 42%, post issue of second round of warrants in December 2009," said Ravi Agrawal and Perin Ali, stock analysts at brokerage Edelweiss Capital Ltd, in a Wednesday report. “Assuming 100% tendering of the balance ordinary shares, the outflow from Sun Pharma could be around $220 million. But, actual payout could vary as we believe most large holders will not tender shares, preferring to remain invested in the company along with Sun Pharma."