Bangalore: Working quietly since 2006, this investment firm has built up positions and funded around 40 publicly listed and private companies out of a corpus of $1 billion (Rs4,290 crore). Yet, its operations are shrouded in secrecy and the firm has consciously avoided building a public profile.

Then, that’s just what one would expect from the personal investment venture of Wipro Ltd’s famously low-profile chairman Azim H. Premji. PremjiInvest (PI) works out of a low-slung and ordinary-looking two-storeyed building in the Sarjapur campus that also houses Wipro Ltd’s corporate offices (chairman Premji lives next door).

PI’s chief investment officer Prakash Parthasarathy says the decision to stay out of the public eye is a conscious one. “We want our work to speak for itself. With names such as Premji and Wipro backing us, we do not need to hit headlines to show our presence," he says. 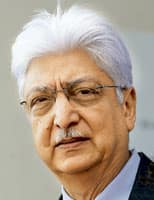 PI’s investment focus is broader. The company invests in listed firms and debt but it also sees itself as a venture capital and private equity firm that makes both early stage and late-stage investments.

The company is unwilling to talk about most of its venture capital investments but Parthasarathy has no problem sharing the logic for selecting such companies and the role PI seeks to play in them—providing guidance to companies and managements to create a scalable business and helping them build systems and processes, and finally, execute their plans. “We believe (those companies will be) winners, which execute the best," Parthasarathy says.

PI has autonomy to pick its investments, he adds, although Premji does contribute to investment decisions, but “not on an everyday basis". PI, Parthasarathy adds, makes small and large investments, is sector-agnostic, looks for opportunities in sectors where Wipro is not present, and makes the final investment decision on the basis of the market opportunity and the management team of the company being evaluated for an investment.

Over the past few months, PI has invested in companies in sectors such as textiles, healthcare, and hospitality. “We will not invest in IT services, to avoid conflict of interests," says Parthasarathy. And PI finds sectors such as financial services, consumer care and industrial products attractive, he adds.

The firm’s latest investment, announced in May, was in HealthCare Global, an oncology care chain, in which it invested $20 million for a “significant minority stake".

PI has a team of 12 people who identify investment opportunities and monitor investments. Parthasarathy says “significant returns" and “being in a position to build a great organization" are the two factors they look for while deciding on funding a company. He wouldn’t speak on the minimum or maximum investments PI likes to make in a company.

“Unlike other venture funds, we are under no constraint to make either a given number of deals or invest an earmarked capital. We are extremely flexible and invest only when we see an opportunity," says Parthasarathy. The stakes may vary from less than 1% to between 25% and 30% in a portfolio company, with preference being given for a “significant minority stake". Parthasarathy says the fund believes in keeping enough cash in hand for future deals.

Being an “evergreen" fund, or one that operates without a pre-set time period or limits, PI does not need to raise funds. Its source of funds is Azim Premji.

Last year alone, his stake in Wipro yielded a dividend of Rs696 crore. PI also plans to look at overseas investment opportunities. These also give PI the luxury of time. For instance, it has been considering investments in a few companies for almost two years and is “still on it", according to Parthasarathy.

This style of functioning and the secrecy that PI displays when it comes to its investments extend to its exits, too. PI doesn’t have any fixed exit routes, has an investment window of up to seven years, and claims to have exited a few companies whose names it will not divulge. And, apart from its venture capital and stock market investments, it tries to complete up to four private equity transactions a year.

One expert says that the big challenge for an investment company funded by another company will be its perceived independence. “Maintaining its independence and identity is a very crucial factor for an upcoming company, particularly when it gets invested from a corporate fund," says Srini Vudayagiri, Lightspeed Advisory Services India’s managing director.

PI is funded by Premji and not Wipro, but given the former’s 79.45% stake in the latter, the lines could blur sometimes.