New Delhi: Amid a global financial markets crisis, an expert group constituted by the Indian government has recommended a reordering of the country’s regulatory structure to create a single statutory body that will not only coordinate between various sectoral regulators, but also be responsible for continuous risk assessment of the economy.

The suggestion immediately faced scepticism among some former regulators.

This task is handled by a non-statutory body called the high-level coordination committee on capital markets, comprising representatives of first-line regulators, including the Reserve Bank of India (RBI) and the finance ministry, who meet to debate divergence in policy issues among different regulators.

The expert committee, headed by Raghuram Rajan, a contender for a deputy governor’s post at RBI and professor at the Graduate School of Business at the University of Chicago, gave its final recommendations to the Planning Commission this past weekend.

The panel’s previous draft report, which was made public in April, also suggested a statutory oversight body that would be dubbed financial sector oversight agency (FSOA). 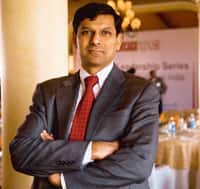 The other aim of the agency should be to bring the regulators around a table to plug regulatory gaps between India’s multiple financial services regulators, such as RBI and markets regulator Securities and Exchange Board of India. The finance ministry’s top bureaucrat—the finance secretary— should be a permanent invitee to the agency’s deliberations, the final report added.

The final report echoes the essence of the draft committee’s recommendations: greater liberalization of financial services and taking a series of small steps that widen financial access and enhance competition.

Former regulators and the finance ministry didn’t see much potential in a new statutory oversight agency to improve the prevailing system of a non-statutory, high-level committee.

“I am sceptical about new agencies as it leads to bureaucratic multiplicity," said Shankar Acharya, who was chief economic adviser in thefinance ministry between 1993 and 2000 and a member of the high-level committee at that time. “My own view is the current mechanism (high-level committee), if worked properly, is adequate."

Former RBI governor Bimal Jalan was also sceptical about a statutory FSOA when the panel came out with its draft.

Acharya pointed out that bailout of financial services firms in the US, such as American International Group Inc., came about following a non-statutory coordination mechanism between different regulators and the US Treasury.

According to Acharya, a quasi-formal set-up in the form of the high-level panel “was pretty effective during most of the ’90s". The Indian system of multiple regulators, which is similar to th

e US system, handled the fallout of the Asian financial crisis in 1997 smoothly, he said. “Quality of people and conventions for coordinating are important."

The view outside those with regulatory experience was more guarded. “It (a statutory oversight agency) will be a positive step only if it is an empowered agency," Sanjay Aggarwal, executive director at audit and consulting firm KPMG, said. “Empowered would mean an institutional mechanism whereby their assessments are acted upon within a time frame."

The committee’s report hoped discussions in a statutory FSOA would be “principles-based", which would help gradually transform the regulatory system into a principles-based system compared with the a supervisor approach.

In another variation from the April draft proposals, the report suggested the setting up of a working group on financial sector reforms, headed by the finance minister.