A lethal combination of tepid economic growth and high interest rates has sent the debt-servicing ability of Indian companies to its worst level in five years. This situation will likely worsen in the coming quarters, putting paid to hopes of a recovery in corporate capital spending as companies use cash flows to strengthen their finances rather than fund new projects.

“This time around, things could be far worse than the financial crisis of 2008-09," said Sandeep Singhal, co-head of institutional equities at Emkay Global Financial Services Ltd, warning that the situation could deteriorate further. 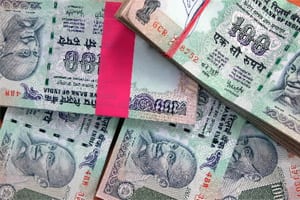 In two separate reports released recently, rating agency Crisil Ltd said more Indian firms are defaulting on loans and Indian lenders are expected to restructure a further ₹ 1 trillion worth of loans this fiscal year, an increase of 54%.

The fall in the interest coverage ratio is the result of a pincer movement—company earnings have shrunk in recent months while interest payments have increased.

As the consumption boom ebbs, sales growth is decelerating, in turn hurting net profits. For this set of 241 companies, net profits declined 14.7% in 2011-12, compared with 25.45% growth in the previous fiscal.

Analysts say the situation could deteriorate further in case the Indian economy continues to lose momentum. India’s economic growth rate has declined in six of the past seven quarters, and in the three months ended December it was 6.1%, the slowest pace since 2009.

Also, the falling rupee is adding to cost pressures even if global commodity prices are falling. The broad commodity index, the Thomson Reuters/Jefferies CRB Index, has fallen 6.2% since April, but the rupee has also depreciated 6.4%.

“Until growth momentum picks up and the earnings cycle reverses, the interest coverage ratio will continue to sag," said Tirthankar Patnaik, a strategist and economist at Religare Institutional Research.

But falling sales and profits are just one part of the problem, as interest payments aren’t going to come down in a hurry.

To be sure, the leverage ratio of these firms hasn’t increase much; the debt-equity ratio increased to 0.62 in fiscal 2012, compared with 0.6 in the previous year, indicating that Indian companies are not heavily indebted. However, as inventories pile up and consumers take longer to pay their dues, working capital cycles are likely to stretch, adding further pressure on interest payments.

That, at a time when interest rates continue to rule high. Although the Reserve Bank of India cut interest rates by an unexpected 50 basis points in April, that hasn’t done much for Indian companies. Banks have been reluctant to pass on interest rate cuts because of lower deposit growth and a liquidity deficit in the short-term money market.

Moreover, the Indian central bank doesn’t have much room for further monetary easing in the medium term as inflationary pressures have resurfaced, say analysts. Headline inflation, calculated from the Wholesale Price Index, rose to 7.23% in April from a year earlier, above 6.89% growth in March. A long overdue rise in petrol prices that is expected soon, an expected hike in minimum support prices for foodgrains, and the protracted depreciation in the rupee will all put further pressure on inflation and weaken the case for further rate cuts.

Not surprisingly, companies in the real estate, power, telecom and infrastructure sectors that have high debt on their books have the smallest cover for interest payments.

For five realty companies that have reported earnings, it has slipped to 2.1% in fiscal 2012 from 2.7% a year ago. For a set of 17 infrastructure companies, it has declined to 4.5% from 6%, while for seven power companies, it has fallen to 5.1% from 6.8%. These are firms that are dependent on a good economic environment to boost growth and thus are likely to be the hardest hit in the coming quarters.