New Delhi: Pantaloon Retail (India) Ltd, which runs the Big Bazaar chain of hypermarkets, has filed two applications with India’s trademark office asking it to cancel registrations granted to the Reliance-Anil Dhirubhai Ambani Group (R-Adag) for using the “Reliance Big Bazar" trademark for some of its businesses. 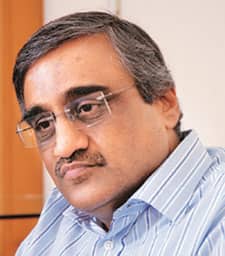 Big Bazaar is Pantaloon’s flagship business and contributes around 60% to its revenue. Pantaloon also plans to spin off Big Bazaar as a separate entity and Biyani has said in the past that he could sell shares in this to the public at some stage.

Pantaloon reported revenue of at least Rs5,000 crore for the year ended June and a net profit of around Rs125 crore.

R-Adag uses the “Big" moniker for its media and entertainment businesses that include radio, film exhibition, DVD rentals, direct-to-home service and an online social networking group.

There is, however, a difference in the way the two companies spell bazaar, a word that means market, according to the Oxford English dictionary. R-Adag spells it with a single “a" while Pantaloon uses two “a"s.

Pantaloon’s applications for cancellation of the trademark granted to R-Adag may be seen as a damage control exercise on its part. In its applications, it has argued that the trademark should be restored to it because it has been running a chain of hypermarkets under the Big Bazaar brand name for many years and that the brand name enjoys immense goodwill in the market.

When India’s Controller General of Patents, Designs and Trademarks opened the applications for public scrutiny in October 2007, Pantaloon Retail filed objections for three of R-Adag’s applications within the stipulated four-month period for objections, and Surat-based Asim Plast Pvt. Ltd challenged one.

Legal experts say having failed to oppose R-Adag’s applications at the registration stage, Pantaloon can’t sue the group for trademark infringement in the event R-Adag opens stores selling apparels. “Moving a rectification application is the only way to remove a registration once granted," said Mason.

Akhilesh Rai, trademark lawyer for New Delhi law firm AZB and Partners, said the resolution of such cases takes around two-three years. Pantaloon can seek a legal recourse in case R-Adag plans to open stores under the brand name in question in the meantime.

In an email response, an R-Adag spokesman said the group enjoyed a “great relationship with the Future Group (Pantaloon’s parent company)". He added, “It is a non-issue and will be decided to mutual satisfaction."