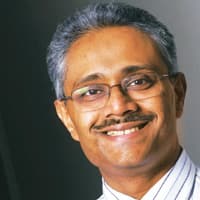 HDFC Bank, the second largest private sector bank by assets, posted a 31.6% growth in its net profit to Rs818.5 crore while Axis Bank’s net profit growth has been 30.97% (Rs655.98 crore) for the quarter ended December.

HDFC Bank’s loan book for corporations and individuals grew by 21% to Rs121 trillion, much higher than the industry’s 13.7% credit growth year-on-year till December end. In fact, credit growth for the fiscal year so far for the industry is even lower, 8.8%.

Axis Bank’s growth in loans is almost in sync with the industry—13%. Its loan book is now worth Rs84,770 crore.

Particularly significant is the 11% growth in HDFC Bank’s retail loans, such as mortgages and auto loans. Most of the banks have been seeing single digit growth in retail loans and some of them are even shrinking their retail loan books.

HDFC Bank earned Rs723.7 crore from fees and commission, a 12.4% growth, but it posted a loss of Rs26.5 crore in its investment book, against a profit of Rs232.1 crore in the same quarter last year. This is because of rising yield of government bonds. Prices and yields on government bonds move in opposite directions. When the prices drop and yield rise, banks make losses as they need to value the bonds in accordance with their market price and not the price at which they were bought.

In contrast, Axis Bank has posted a Rs170 crore profit trading government bonds in the quarter, higher than Rs114 crore that it had registered in the year-ago quarter. Its fee income rose by 29% to Rs800 crore, against Rs619 crore.

“The loss or lower treasury income will affect almost all banks in a rising interest rate scenario," said a banking analyst with a domestic brokerage, adding that the profit numbers of both the banks are in line with market expectations.

Stating that the retail loan growth is largely driven by auto and home loans, Paresh Sukthankar, HDFC Bank’s executive director, said, “The growth in loans and fee income has offset the loss made on treasury book." According to him, the revenue mix for HDFC Bank emanating from interest income and fee income is 70:30.

HDFC Bank’s net non-performing assets (NPAs) as a percentage of advances dropped to 0.5% in the December quarter, from 0.6%. The NPA coverage ratio of the bank is now 72% against the Reserve Bank of India (RBI) norm of 70%, which will come into effect from September.

RBI had last year allowed banks to recast those assets where borrowers, affected by the economic downturn in the wake of the collapse of US investment bank Lehman Brothers Holdings Inc., were unable to service loans. Total restructured assets, including applications received for loan recast but not approved or implemented, are 0.4% of the bank’s gross advances.

“Incremental formation of non-performing loans have come off. The worst is over as the economy is looking up," Sukthankar said.

Net NPAs of Axis Bank, however, rose to 0.46% for the quarter ended December, from 0.39% in the year-ago quarter. Its gross non-performing loans, before provisions, narrowed to 1.6% of the bank’s total advances, from 1.9% a year earlier.

These would have been higher had the bank not stepped up provisions for bad loans in the quarter. Its provisions and contingencies rose to Rs373.14 crore, from Rs131.98 crore.

Its provision coverage as on 31 December stood at 69.07%. The bank has restructured loans worth Rs87 crore during the quarter ended December. The cumulative value of assets restructured till December was Rs2,309 crore, 2.43% of Axis Bank’s gross customer assets.

Somnath Sengupta, executive director and chief financial officer of Axis Bank, is not worried about the rising NPAs. “The rise in NPAs is not a matter of concern as we have maintained that we are comfortable till the net NPA level is 0.5%. We want to be a prudent bank and hence the provisioning number is high," he said.

An earnings preview by domestic brokerage IDFC-SSKI Securities Ltd does not expect deterioration in asset quality with the improving economic scenario, capital-raising by firms and limited incremental restructuring. Provisions, according to the report, could come off sequentially on account of easing asset quality pressures, specially for private banks.

Another report by Motilal Oswal Securities Ltd said the loan growth could be 20% for the year and “larger banks will gain share and grow faster than the sector".

Yet another earnings preview by Centrum Broking Pvt. Ltd predicted that the weak treasury performance in the third quarter will erode the operating profit margins across the banking sector. It expects the banking industry to register 11% year-on-year decline in profit. For public sector banks, the decline will be sharper at 13%, in contrast to private banks’ 6%.

The first set of banks that announced their December quarter earnings on Friday, however, told a different story.