Chidambaram will have a lot on his hands right now. The first step would be to assuage investor fears

P. Chidambaram will begin his third innings as finance minister at a time when economic growth is weakening while inflation continues to be persistently high. The Reserve Bank of India (RBI) on Tuesday reduced its growth estimate for the current fiscal year by 80 basis points (0.8%) and raised its inflation forecast by 50 basis points. Earlier, the International Monetary Fund slashed its growth estimate for India in calendar years 2012 and 2013.

The current economic situation is more similar to that in the year Chidambaram began his first stint as finance minister in 1996 as part of the government headed by H.D. Deve Gowda rather than the year when he took charge in 2004 in the first Manmohan Singh government. In 1996, India was in the last stages of a splendid boom in response to the radical economic reforms brought in by P.V. Narasimha Rao and Manmohan Singh. The spurt in growth was led by a surge in corporate investments, with gross domestic product (GDP) growth averaging 7.2% in those three years. 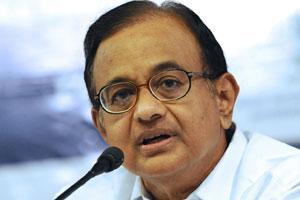 The Asian crisis hit the world in July 1997. While India did better compared to most economies in the region because of its relatively closed economy, growth in fiscal year 1998 was almost half of what it was in the previous year. The RBI had also been running a tight money policy, with US sanctions following the nuclear tests in the Rajasthan desert in 1998 complicating matters further. Economic growth averaged 5.2% over the next six years.

When Chidambaram took charge of the finance ministry for a second time in 2004, India was in the early stages of an economic boom that had no parallels in its history, with the economy expanding at an average rate of 8.9% in five years. The fact that the global economy was also expanding rapidly helped, but what was perhaps of greater importance were the economic reforms pushed through by the Atal Bihari Vajpayee government at a time when economic growth had fallen as low at 3.8%. The first Manmohan Singh government rode a wave that was not of its own making, with strong tax collections from a booming economy even helping it bring down the fiscal deficit by fiscal year 2009 (albeit, without taking the off-balance sheet oil bonds into account).

Chidambaram had two years at the helm of the finance ministry in the short-lived United Front government. He presented only one full budget, which has gone down in history as the “Dream Budget".

Chidambaram slashed taxes while believing that a Laffer Curve (which suggests that tax cuts can generate additional revenue) would ensure that total tax collections would rise. He also reduced import duties, took the first steps of opening up the insurance sector, launched a controversial tax amnesty scheme and increased FII (foreign institutional investor) investment limits. Few pay attention these days to a landmark agreement with the RBI that ended the malignant practice of compulsorily monetizing the fiscal deficit through the issue of ad hoc Treasury Bills.

Given this record, supporters of economic reform had high expectations from Chidambaram in 2004. He left many disappointed after four years, despite some landmark initiatives such as the new direct taxes code, which he took keen interest in, much in the same vein as his writing of a new trade policy on his own as the commerce minister in 1991.

But Chidambaram 2.0 will also be remembered for unpopular measures such as the securities transactions tax and the banking cash transactions tax, as well as the contentious farm loan waiver of 2008 that bankers say helped further ruin the credit culture in India. Relations between the finance ministry and the Indian central bank also deteriorated during Chidambaram’s second tenure, thanks to frequent clashes on interest rate policy and financial sector reforms. The strain was worrisome, especially when compared to the easier working relationship between Manmohan Singh and C. Rangarajan and then Yashwant Sinha and Bimal Jalan.

Chidambaram will have a lot on his hands right now. The first step would be to assuage investor fears, something that Manmohan Singh has already done as interim finance minister when he signalled a rethink on issues such as the general anti-avoidance rules (GAAR) and retrospective taxation. India needs strong capital flows to fund its current account deficit. Given the politics of the United Progressive Alliance, radical economic reforms seem very unlikely. It is now well known that no finance minister can operate in a vacuum; he will need political backing from his prime minister. But Chidambaram could push ahead with tax reforms, new banking licences and financial sector reform.

But one doubts he can do anything dramatic about the massive fiscal deficit in the current environment. Each of the three major worries now—an investment collapse, raging inflation and a weak balance of payments—can be traced back to the high fiscal deficit.

Chidambaram has little scope to either dramatically increase tax collections in a slowing economy or to slash spending in the months leading to the 2014 general elections (not to forget the humanitarian need to protect the rural poor in a drought year).

So it is best to have minimalist expectations from Chidambaram, though a few pleasant surprises would be welcome.

Niranjan Rajadhyaksha is executive editor of Mint. Your comments are welcome at cafeeconomics@livemint.com.