New Delhi: Reliance Industries Ltd (RIL) took to the Supreme Court its quest for an arbitrated settlement of any issues the government may have with it regarding the D6 hydrocarbon field in the Krishna-Godavari (KG) basin.

RIL and a subsidiary of its Canadian joint venture partner, Niko Resources Ltd, moved the court on Tuesday, asking it to appoint a second arbitrator under its agreement with the Union ministry of petroleum and natural gas.

The dispute concerns the recovery of costs for developing KG-D6, where gas production has declined since last year. The government has thus far resisted RIL’s attempts to settle the issue through arbitration, and hasn’t accepted that there is a dispute at all.

The company, on the other hand, appears to have ruled out any amicable settlement of the cost-recovery dispute, which has been simmering behind closed doors for nearly a year now. 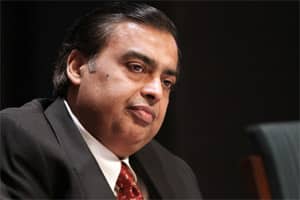 Under PSC, the operator of a gas reservoir is entitled to deduct the cost incurred in developing the asset from the revenue earned by selling the gas, and pay the government a share of profit from the balance. The legal opinion given to the government stated that RIL appeared to have front-loaded the recoverable cost, which was disproportionate to the current level of gas production, and that ideally the cost recovery should be limited to commensurate current output levels.

To be sure, it isn’t known if the government has officially communicated its decision to RIL. The company cited media reports on the government’s position while disclosing that it was going for arbitration.

Mint reported on 30 March that RIL would either have to challenge the government in court, or accept the petroleum ministry’s proposal to deny the $1.24 billion (around ₹ 6,390 crore today) in costs it had claimed, a move that could potentially squeeze its profit.

The dispute has directly reached the apex court because it involves two international entities and not just RIL. This means that according to the terms of the PSC and the Indian arbitration Act, the parties, by default, would have to go in for international arbitration in the event of a dispute. RIL was granted approval to offload 30% of its stake in 21 hydrocarbon blocks, including D6, to London-based BP Plc for $7.2 billion in August last year.

According to the Indian law and the PSC, the Chief Justice of India, currently justice S.H. Kapadia, will have to appoint an arbitrator on behalf of either party that fails to do so.

“On account of the fact that two of the constituents of the contractor are foreign parties, the arbitration would fall within the definition of ‘international commercial arbitration’ under the Arbitration and Conciliation Act 1996," the petition said.

If the court directs the government to choose an arbitrator, then the two arbitrators will jointly decide on a third and presiding arbitrator to complete the panel.

RIL says the government’s stance of not wanting to arbitrate is forcing the company to take more aggressive legal measures.

“In view of the (government) having wrongfully called upon (RIL) to withdraw the notice of arbitration, clearly there is no scope of the differences and/or disagreement and/or controversy being settled amicably," RIL said, adding that the government has “no intent or willingness to negotiate or amicably settle the same; and is unwilling to aim for a mutually acceptable solution".

There will be no approved work programme and budget available under the PSC from 1 April, said RIL in its petition. The petition, which was filed in the apex court’s registry on Tuesday, has some defects and may have to be refiled, according to a person working on the case who did not want to be identified. He did not elaborate.

Solicitor general Rohinton F. Nariman has said twice (on 14 September and 19 January) that the government must not give into RIL’s demands of sharing more costs for the recovery of natural resource than was originally envisaged. He said RIL should only be allowed to recover costs proportionate to the level of utilization of the field. Nariman had also said that the case had not yet reached the stage of a dispute and there was no need to initiate arbitration.

In response to this, RIL claimed the opposite: “The petitioners submit that read and construed correctly the arbitration clause set out above applies to a situation where difference/disagreement/controversy exists between parties. The petitioners submit that clearly, the intent of the parties are set out by Article 33 reproduced above was to refer potential disputes at the stage of differences, disagreement and controversy to arbitration, to prevent these from becoming full-blown ‘disputes’ between the parties."

Production from the field has been below earlier projections and is currently at 35 million standard cubic metres per day.

The KG-D6 block is at the centre of the controversy that erupted after the Comptroller and Auditor General of India said in a report that RIL had breached some terms of its contract with the government. The oil ministry had then sought the views of the law ministry, which in turn passed on the request to Nariman, after RIL failed to meet its own target for gas generation from the KG-D6 offshore block, despite having claimed associated costs as deductions before estimating the profit to be shared with the government.

Such front-loading of the costs means the revenue to be shared with the government drops correspondingly. RIL had invested $5.69 billion in the block as of 31 March 2011, and has so far recovered $5.26 billion.

The case is likely to be heard by the court sometime over the next week.