Home >home-page >Worth waiting for!

If you go by hardware specs alone, the Neo 1973 may not set the world on fire. But the Taiwan-based FIC-built Neo’s Stylus is different: It is not just a stylus, but also a pen, laser pointer and a flashlight.

• Highlights: The phone’s touch screen can be used with stylus or fingers. It also has 2.5GSM, quad band, GPRS, integrated assisted GPS, USB 1.1 and Bluetooth 2.0 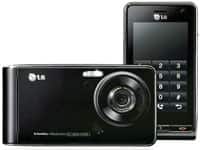 Heralded once as an iPhone killer (though specifications and details were sketchy), this Chinese clone of Apple’s 2007 cult mobile phone has been delayed by threats of lawsuits. Now reportedly revamped and remodelled (specs and details still remain sketchy), this touch screen phone is readying to take wing early next year.

• Highlights: It will run a 667MHz CPU and comes with 128MB of RAM, support GSM connectivity, is capable of video output and has built-in Wi-Fi and Bluetooth 2.0 connectivity bridging

• Battery: Up to 4 hours of continuous usage (display on, WLAN active), 10 hours of music, five days of always-on time and a standby of 14 days

This is what you get when a leading phone manufacturer partners a premier fashion house.

• Highlight: It has adopted a haptic feedback (a tactile user interface) that lets you feel a mild vibration the moment you touch an icon on the display screen. It comes with a leather carrying case specially designed by Giorgio Armani

• Software: With the Android software ‘ecosystem’, you can touch a name in your directory and contact them via voice, email, SMS, IM or Twittergram; watch YouTube videos and also shoot, edit, and upload them to your account from the phone and find your way around if you are lost in a city