New Delhi: India’s Telecom Commission has approved allowing voice over Internet protocol (VoIP) services under the National Telecom Policy (NTP), 2012, in a move that is aimed at making telecom services more affordable and which will also benefit companies such as Reliance Industries Ltd (RIL) that have plans, licences and spectrum to offer wireless mobile broadband services.

An internal department of telecommunications (DoT) note reviewed by Mint says the commission, the country’s apex telecom policymaking body, has done this “to enhance affordability to consumers". 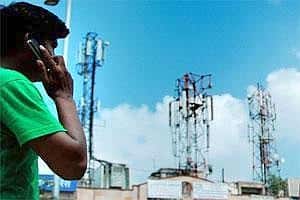 An RIL spokesperson did not respond to phone calls, and email and text messages seeking comment on the development.

Media reports say RIL, the only company to have a pan-India licence to offer mobile broadband services, is preparing for launch and is in the process of picking devices and services (including telephony and content).

India is a latecomer to the VoIP revolution. Currently, Indian laws only allow VoIP calls to a telephone in India under strict conditions. However, they allow such calls between computers within the country’s borders and between a computer in India and a telephone (fixed or wireless) outside India.

On 6 March, the Telecom Regulatory Authority of India (Trai), in its final recommendations on NTP, suggested that VoIP be fully allowed in the country.

“There is a convergence of technologies happening. The NTP also talks of separating the network providers from the service providers. In such a scenario, it makes sense for us to allow this," said a senior DoT official, who did not want to be identified.

“Earlier there were many other issues and (it) did not make sense. Many of the operators and other stakeholders opposed it, saying that India was not ready for it. Now we feel the technology should be allowed," added this person, explaining why India was far behind the rest of the world in the adoption of VoIP.

Once the new norms come into place, phone users, too, can use their handsets to call other phone users through the Internet, provided the handsets are compliant with the technology.

“Doing this will allow more flexibility and new competition to emerge through non-facilities based providers," said Kunal Bajaj, partner-director (India) at Analysys Mason (India) Ltd, a technology consulting firm. “It should hopefully also allow for a wholesale market to emerge, which does not really completely exist today. So this should be good for consumers, and for innovation."

Analysts also add that the full adoption of VoIP will not affect tariffs. The prospect of tariffs going lower than the present 40-70 paise per minute is remote, they say.

They also foresee some challenges. Apart from policy, the biggest challenge is security. “Allowing VoIP means bringing the problems of the Internet to the mobile in full force," said Hemant Joshi, a partner at consultancy Deloitte Haskins and Sells.