Kolkata: The Calcutta high court may have brought down the curtain on the travails of Dunlop India Ltd by ordering the liquidation of the tyre maker that is besieged by debt and labour troubles. 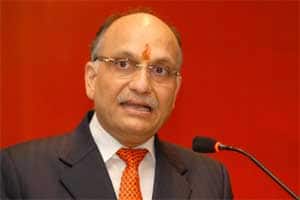 In the dock: Pawan Kumar Ruia

The liquidator is to take legal steps to reclaim properties sold by Dunlop in 2006-07, justice Sanjib Banerjee said. The sale of properties was described by Banerjee in a previous order as “prima facie… void" because the company didn’t obtain the approval of the Board for Industrial and Financial Reconstruction (BIFR) for selling its assets.

A spokesperson for Dunlop said the company would appeal the order, which was passed on petitions filed by unsecured creditors. He declined further comment until he had studied the order. The company owes its creditors about ₹ 310 crore, most of it in unsecured loans, according to a statement made in court by four companies through which the Ruia Group owns and controls Dunlop.

Dunlop prayed for a stay of the operation of Monday’s order so that it could appeal against it, but justice Banerjee said: “In view of the despicable conduct of those in the management of the company, particularly of stripping the company of immovable properties of value in excess of ₹ 2,000 crore against almost no consideration received by the company, such prayer is declined."

Dunlop’s management, headed by Kolkata-based chartered accountant-turned-businessman Pawan Kumar Ruia, was treating the company as a “cash cow", the judge said in Monday’s order, adding that the assets of the company are “in serious jeopardy in the hands of those at present responsible for protecting (them)".

Ruia bought Dunlop in 2005 from the late Manohar Rajaram Chhabria’s Jumbo Group. In the past few years, the Ruia Group acquired several ailing auto component makers in Europe—in countries such as the UK, Germany, France and Turkey—but it has been unable to consummate most deals and many of these companies have since been seized by their creditors. 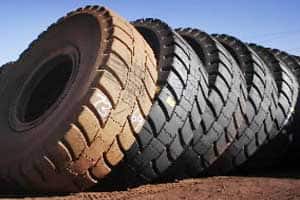 Describing the appointment of a liquidator as a “fait accompli" much before the Calcutta high court ordered it on Monday, West Bengal’s labour minister Purnendu Bose said the interests of workers and creditors would be best served by the court taking over Dunlop’s assets. “The order has made our job (of repaying workers’ dues) easier," he said.

The state’s commerce and industry department, however, opposed Monday’s order, citing the interests of Dunlop’s workers. The state government wishes to intervene in reviving the company and doesn’t want it liquidated, advocate general Anindya Mitra said in court on Monday.

Like the state government’s various arms, unions, too, are divided in their response to the order.

The state government didn’t pressure Dunlop’s management to restart operations, said Santasri Chatterjee, a leader of the Centre of Indian Trade Unions, the labour arm of the Communist Party of India (Marxist).

“We had appealed to the state government to hand possession of the factory to Dunlop’s workers," he said. “We would appeal to the liquidator to give the workers an opportunity to revive the company."

Bidyut Raut, working president of the rival Trinamool Congress-affiliated Shramik Karmachari Union, said he welcomed Monday’s order. “We hope the order will lead to the repayment of workers’ dues," he said.

In its submissions to the court, Dunlop has admitted to having transferred properties, including the one in Mumbai’s Worli neighbourhood, for a total of ₹ 320 crore in 2006-07. These were sold to Dunlop’s wholly-owned units, which paid for these properties by issuing their own shares.

In an earlier order on 13 January, justice Banerjee had remarked that the company hadn’t in any manner benefited from the sale of these “valuable properties", and that Dunlop’s management was unable to establish how it had valued them at ₹ 320 crore.

In Monday’s order, justice Banerjee said such transactions were a “fraud" on the company’s minority shareholders and creditors.

At the time of the sale of these properties, Dunlop was under the regulatory oversight of BIFR, and the company should have obtained permission from it for these transactions, justice Banerjee said. But it instead chose to free itself from the restrictions imposed on it by BIFR by revaluing its “non-core properties", he said.

The revaluation resulted in the company’s net worth (equity and reserves) becoming positive again and through a protracted legal battle that ended in the Madras high court in December 2007, Dunlop’s management secured the company’s release from BIFR’s regulatory oversight.

It couldn’t be immediately ascertained whether the properties sold by Dunlop in 2006-07 could ever be reclaimed as envisaged by Monday’s Calcutta high court order. What it currently owns is a 60-acre plot on which stands its Sahaganj factory and a factory on 26 acres of land at Ambattur, according to statements made by Dunlop in court. A part of the Sahaganj factory is mortgaged with the Central Bank of India.

The four Ruia Group firms opposed the winding up petitions, saying that unsecured creditors wouldn’t benefit from the sale of Dunlop’s assets because the proceeds would all be taken by secured creditors—or those who lent to the company against mortgage of security—and statutory bodies.

Romita Datta and Manish Basu contributed to this story.