Mumbai: Krishnamurthi Venkataramanan was the proverbial dark horse in the race for the top post at $11.7 billion engineering and construction conglomerate Larsen and Toubro Ltd (L&T). Heavy engineering president M.V. Kotwal, with L&T since 1968, and power business president Ravi Uppal, who joined in 2009, had been considered the leading contenders to succeed A.M. Naik. In the event, Venkataramanan was named chief executive officer (CEO) and managing director of the company, which he joined immediately after graduating from the Indian Institute of Technology (IIT), Delhi.

Having joined L&T on 12 June 1969 as a graduate engineer trainee, he worked his way up the ranks and was appointed a whole-time director on 20 May 1995. He has, at various times, headed different businesses of the conglomerate, most recently serving as president of its hydrocarbon business. 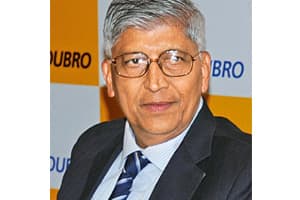 A workaholic, Venkataramanan is also a sports buff who plays tennis and badminton, besides the national obsession—cricket. An all-rounder, he has played cricket since his IIT days; his last game was a month back in Faridabad. His musical tastes are mellow, tending towards vintage pop and Hindi film music. He’s married with two daughters, both of whom are abroad—one in the US, the other in the UK. He likes to read; the current book on his bedside table being Walter Issacson’s biography of Steve Jobs.

A “pioneer in almost all all the major initiatives that the company has undertaken", Venkataramanan said he will have a tough job in following the larger-than-life Naik. True to form, the new executive chairman dominated the press conference that announced his successor, indicating that he still calls the shots at the company. Perhaps Venkataramanan’s biggest challenge will be to carve out his own identity without taking the limelight away from his boss.