Siva feuds with Maxis in Singapore

Siva feuds with Maxis in Singapore

The businessman contends that Maxis, which denies any stake-sale plans, owes him money under the 2006 agreement that led to the sale of Aircel, said the counsel, R. Sankaranarayanan. 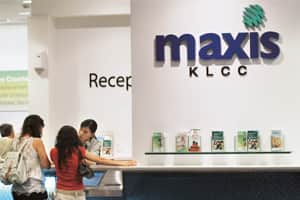 Tangled wires: A Maxis office in Kuala Lumpur. The two sides are likely to enter arbitration proceedings in Singapore within four weeks.

Maxis spent $800 million for the 74% majority stake and Apollo Hospital Enterprise Ltd, a unit controlled by the Reddy family, paid the remainder in the transaction that conformed to Indian laws that mandate a minimum 26% local stake in phone companies.

In addition, Sankaranarayanan claimed the deal assured Sivasankaran a payout linked in part to 26% of Aircel’s market value upon its stock exchange listing, which was originally planned for this year.

The listing has not taken place and Maxis, Sankaranarayanan charged, is in talks with foreign telecom firms such as AT&T Inc., to sell a stake. Sivasankaran is in Singapore for the talks with Maxis, he added.

“...the whole shareholding was sold on the condition that the entire money will be paid within three or four years," Sankaranarayanan said. “Under the agreement, Maxis was to come out with a public issue," he added.

The other option offered to Maxis was to pay Sivasankaran based on Aircel’s earnings before interest, taxes, depreciation and amortization, or Ebitda, a measure of profit earned from the operations of a company. Details of this option were not immediately available.

The group comprised Aircel Cellular Ltd, the mobile service provider for Chennai, Aircel Ltd, the mobile phone services firm for the rest of Tamil Nadu, and Dishnet Wireless Ltd, which operates in the northern and eastern parts of India.

The two sides are likely to enter arbitration proceedings in Singapore within four weeks, as the 2006 agreement was concluded in the city-state. “Initial steps are being taken for arbitration and, meanwhile, Sivasankaran is talking on alternative methods to resolve the issues between the two firms," Sankaranarayanan said.

The plan follows court proceedings already under way in India. On 11 July, news agency PTI reported that Maxis had given an undertaking to the Madras high court that the company had no plans to sell its stake to any third party. The submission was made after Siva Ventures filed a petition asking the court to stop any possible stake sale in Aircel.

That filing was based on media reports in India, Sivasankaran’s counsel said in his submission in the Chennai court, that Maxis was in talks with AT&T to sell its 74% stake in Aircel valuing the local phone firm at $5-6 billion.

V. Srinivasan, group chief executive officer of Sterling Infotech Group, declined to provide details because the matter is in the courts.

But on Tuesday, a top executive at Maxis said the reports were baseless. “Any reports about Maxis selling its stake is speculative at this point of time," Sandip Das, chief executive officer of Maxis Group, said on the phone from Kuala Lumpur.

AT&T does not comment on rumour and speculation, the Asia-Pacific spokesman for the US phone company, Greg Brutus, said in an email from Hong Kong.

Aircel runs mobile phone services in 10 Indian circles or licensed areas serving some 11.5 million customers. The firm plans to roll out services in 13 other areas in two-three years for which it received licences in January.