New Delhi: Insurance buyers will no longer have to foot the bill for agent commissions, if the government accepts the game-changing recommendations of a committee headed by D. Swarup, chairman of the Pension Fund Regulatory and Development Authority (PFRDA). 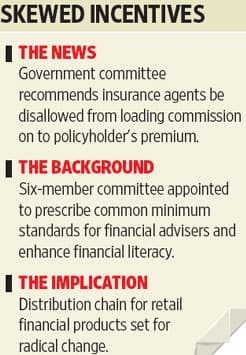 These suggestions come a month after the Securities and Exchange Board of India asked mutual fund companies not to load their distribution costs on investors.

Current rules allow insurance firms to deduct as commission up to Rs40 of every Rs100 paid by policyholders as first-year premium. Insurance firms invest only the residual amount on behalf of the policyholder. In the second and third years, firms can deduct up to Rs7.50 for every Rs100 premium and a maximum of Rs5 thereafter.

The Swarup panel’s recommendations are designed to combat rampant mis-selling of financial products in India, a result of skewed incentives in the distribution chain for financial products. Mis-selling by India’s three million financial advisers can harm the interests of about 188 million investors, the report said.

Separately, insurance regulator, Irda (Insurance Regulatory and Development Authority), has in its 2007-08 annual report termed “lapsation" of life insurance policies as a “major bane". Lapsation happens when the policyholder prematurely stops paying premium for any reason, including being sold an unsuitable policy. In 2006-07, 8.6 million life insurance policies lapsed, the Irda report said. 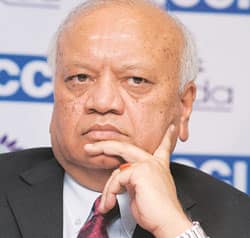 Financial advisers are spread across segments of the financial sector, each of which has an independent regulator and legislation.

The Swarup committee’s recommendation on the legislative backing for Finweb would not trespass into existing laws. “What we are suggesting is a coordinating model and preventive measures," Swarup told Mint. The finance ministry would invite all stakeholders for a meeting next week to get their view, he said.

Gautam Bhardwaj, head of consultancy Invest India Economic Foundation, who has worked on pension markets, agreed with the broad principles of the Swarup committee’s recommendations on financial incentives. He, however, felt the implementation of the recommendations would have to be done cautiously.

According to Bhardwaj, with just about 3% of India’s population falling in the income-tax bracket (a minimum annual income of Rs1.6 lakh), reforms on removing financial incentives have to be paced in a way that would ensure insurance agents continue to have the motivation to reach out to potential customers capable of paying only a small premium.

It is important to ensure the distribution does not withdraw from sections of customers it might consider unattractive in the absence of embedded loads on premium, he said.

The central role financial incentives play in distribution of retail products have made the Swarup committee suggest the legislation backing Finweb be built on a platform of reforming the incentive structure. On this platform, the committee wanted the legislation for Finweb to be principle-based as against the current rules-based system followed in India.

The report described principle-based regulation as one where the regulator articulates broad principles and allows market players to innovate around them. In rules-based system, regulators use a checklist to see if market players have complied with the law.

A government panel recommending principles-based regulation in the financial sector is not new in India. A report which recommended ways to convert Mumbai into an international financial centre said the same thing. Ajay Shah, an economist at the National Institute of Public Finance and Policy, who was a part of the resource team on the Mumbai report, said the Swarup committee’s emphasis on principles-based approach was “bang on track".

Monika Halan, a consulting editor with Mint, is an adviser to PFRDA.