Varanasi&#8217;s crusader gets his chance

Varanasi’s crusader gets his chance

Varanasi / New Delhi: The contradiction within Veer Bhadra Mishra that is most often pointed out, even to his face, is that he is simultaneously a man of religion and a man of science. Varanasi knows him as the mahant (head priest) of the Sankat Mochan Temple, a position that his family has monopolized for 200 years, and that he inherited at the age of 14. “When I would be introduced as a university professor, people would ask: ‘Philosophy? Sanskrit?’" Mishra says. “They’d look confused when I said: ‘Fluid mechanics’."

But there is a sense of impeccable cosmic timing about Mishra’s double roles, because in the last few decades, his city’s polluted river, the Ganga, has needed advocates with both the passion of the religious and the expertise of the scientific. Mishra, a cultured, genial man of 69, awoke to that call of duty in 1982, when he set up the Sankat Mochan Foundation to campaign for a cleaner river.

“We’ve gone through all the roles," says Mishra, resting on a mattress at the foundation’s office on Tulsi Ghat. Intermittently, people enter to touch his feet for a rapid benediction; Mishra pauses, whispers a blessing, and continues. “We started as catalytic agents, going to schools, women’s bodies, organizing kavi sammelans (gatherings of poets), just to build awareness. Then we became watchdogs, experts, and finally activists." 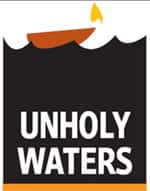 Recently, with his feet troubling him, Mishra has been unable to climb down the ghat for his morning bath—so he has part of the Ganga brought to him in a bucket. It is a symptom of his internal contradiction that though he can’t do without bathing in the river, he has no illusions about its cleanliness. Which is why, for over a decade, Mishra has pleaded with the government to adopt his baby: the Advanced Integrated Wastewater Pond System (AIWPS).

AIWPS, developed three decades ago by a professor at the University of California, Berkeley, comprises four ponds of varying sizes and depths. Domestic sewage moves by gravity from the first pond through the second and third into the fourth, purified gradually by microorganisms and sunlight at each step. With some additional expense, Mishra says, the water from the final pond can even become potable.

“The entire process takes 45 days, which is a sign of how thoroughly it works," he says; by comparison, Varanasi’s plants take only nine hours per consignment of sewage. Once the ponds are dug, the only expense lies in pumping the sewage into the first pond, and in the supplements of algae and bacteria needed to populate the ponds. Most crucially, power cuts—the perennial bugbear of the activated sludge technology that Varanasi’s plants use—will leave the functioning of the ponds unscathed.

Mishra pitched the idea to the state government in 1997, but it was sanctioned only this year; minutes before this reporter met Mishra, he received a government cheque of Rs85 lakh to submit a detailed project report within four months. The foundation will set up an AIWPS pilot in the village of Rumna, near the Banaras Hindu University campus, to treat 37 million litres per day of sewage; Mishra refuses to speculate on its cost, but says it will be far less expensive than a conventional treatment plant of the same capacity.

The battle was long and often ugly. “I used to tell them: ‘I designed an activated sludge plant as a final-year engineering student. I know it’s a good technology—it just cannot be universally used’," Mishra remembers. Companies admired his plan, but they refused to sponsor an independent pilot because “the government was so against us". 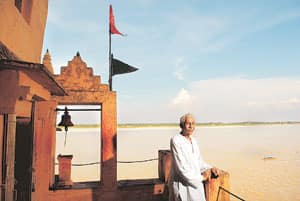 Dogged activism: Mishra set up the Sankat Mochan Foundation in 1982 to campaign for a cleaner Ganga. Harikrishna Katragadda / Mint

The foundation is not the only non-governmental organization (NGO) complaining of the government’s cold response. In Kanpur, the World Wildlife Fund (WWF) had to work for 18 months before it was permitted to begin a simple project under its Living Ganga Programme: injecting bacteria into sewage drains to break the waste down. “We only managed to convince them of the project in January 2009. Our work started in May," says Anshuman Atroley, communications manager at WWF India. He hints that when there is graft to be made off expensive infrastructure installations, a cheap, but effective, project will struggle for approval.

But others question the validity of Mishra’s AIWPS plan and even the foundation’s integrity. One anonymously written website, SankatMochanFoundation.org, sports a long diatribe about the foundation’s finances. “I have requested Mishra’s budget from him in the past, and I do not think he keeps one due to his own lack of record-keeping," the writer claims. “It is my mostly unsubstantiated belief that Mishra…completely absorbs all government funding, foreign donations, and other sources of income intended for SMF into his own personal financial stores."

In response, Mishra shared with Mint the foundation’s audited balance sheet from the last three years. Its assets have declined from Rs50.55 lakh in 2006 to Rs38.38 lakh in 2008, and the majority of its funding comes from Oz Green, an Australian non-profit focused on environmental issues. “We’re on subsistence, barely able to pay our staff salaries," Mishra says, his voice hoarse with anger. “We’re persistent and resilient. What more do people want?" He accepts that the foundation has done little of significant consequence. “We haven’t done anything because we just haven’t been allowed to do anything," he says. “Until now."

The criticism of AIWPS comes from technicians in the state establishment. The reason there was so much discussion about it, says Ramesh Singh, project manager at the Bhagwanpur sewage treatment plant in Varanasi, is because many experts disagreed with Mishra. “Are they all our friends, to simply disagree with the plan?" Singh asks. “AIWPS is a patented technology, for instance. So, we will have to pay every time we install it. Whereas the treatment process at this plant is unpatented and free."

H.N. Singh, the manager of one of Varanasi’s five pumping stations, finds it strange that his state will be using a method that has been best demonstrated in California. “Are the sewers here the same as the sewers there? Is the sewage the same? It’s not," he says. In Varanasi’s other sewage treatment plant, at Dinapur, engineers tell of incidents where whole animal carcasses have been dropped through manholes into sewers to dispose of them, clogging the pipes and filters—not quite orthodox Californian sewage.

Mishra only asks that his pilot project be given its fair trial before further decisions are made. “From one end of the Ganga to the other, we are the only NGO that has even provided an alternative solution to this problem," he says. Continuing with the present situation would be “disrespect to the mother". “Out of the 60,000 people who bathe and pray in the river every day, there are 3,000 who don’t spit, who don’t squeeze out their clothes, who don’t defecate, who don’t care that we’re putting poisons into the river. We owe them a clean river."

This is the last of a three-part series.