RBI wasn’t slow to react to the crisis

Mumbai: Rakesh Mohan was deputy governor of the Reserve Bank of India (RBI) when the global financial crisis swept into India last September. He saw it coming and was part of the core team that, along with D. Subbarao, who took over as governor 10 days before the collapse of US investment bank Lehman Brothers Holdings Inc., tackled the crisis. While the intensity of the liquidity crunch that followed was wholly unexpected, the central bank was one of the few regulators which sensed that something was seriously amiss with the financial system as far back as 2005, as the then governor Y.V. Reddy said in an interview that Mint carried on Monday. Mohan also backed the assessment of his boss at the time, as he relates in this email interview.

Lehman Brothers collapsed on 15 September 2008, but the financial crisis started much before that. When did you first sense it? 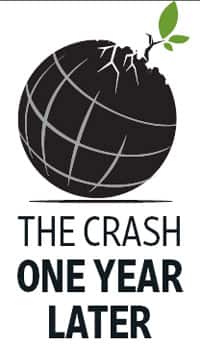 Furthermore, the rise in oil and other commodity prices had also caught our attention.

Some of this concern was reflected in my October 2005 speech—“Some Apparent Puzzles for Contemporary Monetary Policy" (which was included in Mohan’s recent book). Despite the rise in asset and commodity prices, CPI (Consumer Price Index) in most countries remained muted, leading to the retention of low policy interest rates and extended monetary accommodation in advanced economies, particularly the US.

At the 2007 Jackson Hole meeting, (economist) Robert Shiller drew everyone’s attention to the very abnormal rise in US housing prices in the previous five years or so, and predicted a very severe fall in those prices over the next few years. This again drew our attention to the kind of problems that could arise in the future.

We had also been tracking the huge increase in derivative volumes across the world and sensed that something wasn’t right.

So, we were constantly apprehensive of what might happen in the international economy in the light of the large and growing global financial imbalances and their impact on the financial sector in different economies. That having been said, no one, including ourselves, could have foreseen the collapse that took place after the Lehman bankruptcy. We had been clearly concerned, but had not sensed the enormity of the situation ex ante (before the event).

Was it the toughest assignment in your career as deputy governor? 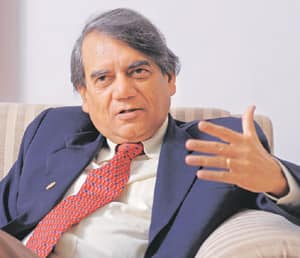 Thinking solutions: Rakesh Mohan says one of the lessons of the crisis was not to be afraid of taking unconventional actions to maintain stability. Abhijit Bhatlekar/Mint

Doing forex operations of that volume required sterilization of a very high order, and we had to use all the instruments at our command, including the raising of CRR (cash reserve ratio, or the portion of bank deposits kept with RBI) and MSS (monetary stabilization scheme).

The government was very generous in allowing the expansion of MSS to the amount required. Raising CRR is always painful, so the steps that we had to take in this regard in 2007-08 were not easy, but they had to be done.

In retrospect, we can now see that India was an outlier in terms of volume of net capital flows, though they had increased worldwide to unprecedented magnitudes, including among advanced countries.

The reversal of portfolio flows and the seizing of global credit markets then led to the reversal of capital flows in 2008-09, and we had to take corresponding measures in terms of unwinding MSS and CRR, along with the easing of monetary policy. That we were able to insulate the movement of monetary aggregates from these very large external disturbances shows the efficacy of the measures used. But it was a continuous challenge and at any given time, we could not know what lay in the future.

For example, if the capital flows of 2007-08 had continued in similar fashion for another year, it would have been even more challenging to manage such flows. Similarly, if the outgo of forex reserves that took place in October 2008 had continued at a similar pace for a few months, that would also have required even more skilful management. So, this whole period was very tough, and it is difficult to single out any particular occasion.

Were you ever scared? Did you think serious troubles lay ahead for India?

No. I don’t think we were ever “scared". We didn’t think at any time that India had serious troubles ahead though the prospects of the global financial system overall did seem to be on the edge in October/November/December 2008.

You will recall that all Indian banks have remained well capitalized; and all have remained profitable throughout this challenging period.

Furthermore, the Indian money market, foreign exchange market and credit markets functioned relatively normally throughout the period in terms of magnitude and smoothness of transactions. This was during a period when money and credit markets had frozen in many advanced countries. There was no period when mistrust grew among Indian banks, as it did in many countries. So, there was no objective reason to be scared.

There was relatively higher volatility in the exchange rate and interest rates during this period, and steps had to be taken very quickly to contain that volatility.

What is the key takeaway from the crisis?

Among the actions that we took internally in early 2008 was to prepare detailed contingency plans for the unfolding of different scenarios: continued excess capital flows or their reversal. We had an available tool kit of what to do in different circumstances as they might have unfolded.

So, one lesson is “be prepared" as macro/financial stability managers. The second lesson is not to be tied to orthodoxies, and to have good financial intelligence systems to sense unfolding future developments in the financial system. The third is to not be afraid of taking unconventional actions for the sake of maintaining financial stability.

I believe that the downside of financial instability is much higher for developing countries, as has been demonstrated repeatedly in Latin American countries and even some Asian countries. A financial meltdown or hyperinflation leaves lasting effects that are difficult to come out of for many years. So, we need to be more careful in managing our financial systems in developing countries such as ours.

How did you manage to insulate the Indian system from the global meltdown?

Actually, one of the interesting developments in the current crisis is that EMEs (emerging market economies) in Asia and Latin America have all avoided the global financial meltdown doing very similar things. The lessons of the Latin American debt crisis and the Asian financial crisis have been learnt well in most of our countries.

Most of these countries have followed responsible fiscal and monetary policies in recent years; they have managed their capital accounts to varying degrees, though with greater openness; most have followed the policy of managed floats for their exchange rates, but with increased flexibility; and they have taken prudential actions with respect to financial regulation of their banks and other financial institutions.

There are, of course, differences in degree in each of these areas among countries, but the similarities are remarkable. In our case, we perhaps have done more on financial regulation than some other countries in the kind of direction that the G-20 (Group of 20) is now advocating.

It seems you took time to react. When the central banks around the world were cutting rates and pumping in liquidity, RBI did not do anything in September 2008. It started acting from the next month. Were you slow in appreciating the gravity of the situation?

Action was taken immediately the day after the Lehman bankruptcy. It is not correct to compare us with...central banks of advanced countries, since they clearly had different and more severe problems. In such situations, we not only have to guard against financial contagion, but also against policy contagion!

What is done in any country should be appropriate to the problems and conditions in that country, including a good understanding of the monetary transmission process.

The toughest challenge ahead seems to be rising inflation and withdrawing monetary accommodation. How smooth will the task be?

This is a general issue for all central banks in the world. The recent G-20 finance ministers’ and governors’ communique has acknowledged the problem and asked for international coordination on the issue.

Yes, it is going to be very difficult: Premature withdrawal can stymie the economic recovery and delay can lead to inflation. There are no formulae to guide the timing, so central bankers will have to use all the skills available to them.

It seems, globally, most central banks were too open and now they are turning conservative. In India, RBI has been conservative and now the demand from various quarters is that it should open up. What is your take?

Should RBI dissociate itself from managing the government’s debt?

I will stand by my dissent statement in the FSAP (financial sector assessment programme) report on debt management, and with the views given in that overview report on other issues (Mohan has opposed any move to discontinue RBI’s role as the government’s debt manager, and assign it to a separate office).

Rakesh Mohan is consulting professor at the Stanford Center for International Development (SCID). SCID is a centre within the Stanford Institute for Economic Policy Research, which focuses on international trade and development. Faculty at SCID focus their research on economic policies in developing and transition countries.