Home / Markets / Krishna, Bheem are the new cartoon idols for children
Back
Share Via

Krishna, Bheem are the new cartoon idols for children

Krishna, Bheem are the new cartoon idols for children

New Delhi: After nearly two decades, the gods are back on Indian television, but they are no longer the staid, overdressed avatars of Doordarshan’s Mahabharat and Ramayan.

Hindu mythology grabbed the attention of viewers in the 1980s, now mythological cartoons have snagged their children.

Television’s new animated gods play ice-hockey and travel on snowboards and jazzy bicycles, that is, when they’re not fighting demons that resemble Jurassic Park-style monsters. 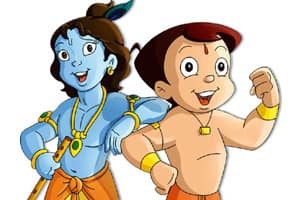 Leading the kids pack for several months now has been Chhota Bheem, a show that runs on Pogo, one of the two children’s channels run by Turner International, a unit of Time Warner Inc. According to TAM Media Research Pvt. Ltd, a television audience measurement firm, the show is ranked No. 2 for the week ended 7 November.

Of the other channels in the space, Nick shows Little Krishna in Hindi and English while Kids Media India Pvt. Ltd’s Spacetoon channel is planning a slew of mythological cartoons next year.

They’re all seeking to appeal to viewers like Vinayak Swaroop, who, until recently, counted Spiderman and Tom and Jerry as his favourite cartoon characters. Now the six-year-old is a bigger fan of Lord Ram, thanks to the animated movies he watches on Pogo. “I like Ramji because he kills Ravana," Swaroop says.

Like Swaroop, an increasing number of Indian children are getting hooked to a host of animated characters drawn from the pantheons of Hindu mythological warriors.

When Nick decided to suspend the airing of Little Krishna to prevent viewer fatigue, Joshua Gaikwad’s father tried shopping for a DVD to help with his three-year-old son’s mealtimes. “My son got used to eating his meals while watching Little Krishna on TV, so when the channel stopped showing it, it became a tough job for my wife and me to get him to eat because he was hooked," says Joshua’s father Pramod Gaikwad. 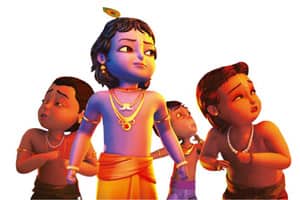 Superhero for masses: Little Krishna and his friends.
Know your inner investor Do you have the nerves of steel or do you get insomniac over your investments? Let’s define your investment approach.
Take the test
Catch all the Business News, Market News, Breaking News Events and Latest News Updates on Live Mint. Download The Mint News App to get Daily Market Updates.
More Less
Topics
OPEN IN APP