Eni stake in HOEC up for grabs, bankers approach ONGC

Eni stake in HOEC up for grabs, bankers approach ONGC

The move is an indication of both the consolidation in the Indian energy business and the losing appeal energy assets in the country now hold for at least some foreign firms, largely a result of the current policy regime.

“Eni wants to offload its stake in HOEC. The opportunity was brought to us by the bankers. However, we are yet to start talks on the same," a senior ONGC executive aware of the development said requesting anonymity.

Mint reported on 14 June that Eni was in talks with ONGC for selling the stakes of its subsidiary Eni India in its blocks. Separately, Eni also has a presence in the sector through HOEC, in which it has a 47.16% stake after it acquired Burren Energy Plc in 2008. The status of HOEC was unclear at the time. 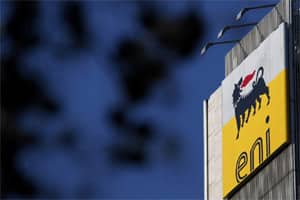 HOEC has a participating interest ranging from 21% to 100% in nine blocks spread across various basins in India.

An ONGC spokesperson said in an email, “Eni has yet to approach ONGC regarding its stake sale in HOEC."

The ONGC executive mentioned in the first instance confirmed that the proposal was banker-led and that the public sector unit was yet to initiate formal talks with Eni.

While questions emailed to HOEC on Sunday evening remained unanswered until the time of going to press, an Eni spokesperson in an email response said the company would “not comment on this matter".

Through Eni India, Eni is present in three blocks in the country. It is the operator with a 40% stake in the AN-DWN-2003/2 block in the Andaman and Nicobar Islands area; ONGC and GAIL (India) Ltd hold 45% and 15%, respectively. Eni also holds a 34% participating interest in ONGC’s Mahanadi block MN-DWN-2002/1 and is the operator in Rajasthan block RJ-ONN-2003/1 with a 34% stake, in which ONGC and Cairn India Ltd hold 36% and 30%, respectively.

Eni couldn’t get permission to drill from the department of space relating to its block in the Andaman and Nicobar Islands region, due to the proximity of the block to the rocket stage impact zone of the Indian Space Research Organisation. Similarly, its Rajasthan block has run into trouble as one-third of it falls under a protected area classified as a “desert forest".

“We had heard that they were interested in parting with their stake. However, nothing happened. We currently don’t have anything in mind on this," said a senior OIL executive, who spoke on condition of anonymity.

S.K. Srivastava, chairman and managing director of OIL, denied that his company is currently interested in acquiring Eni’s stake in HOEC.

While India’s oil and gas sector has attracted interest from investors such as London-based BP Plc and Vedanta Resources Plc last year, in recent months there has been diminishing interest in the Indian hydrocarbon sector, prompted largely by the policy regime, with foreign firms such as Australia’s Santos Ltd and Italy’s Eni planning to exit their oil and gas exploration and production business in India.

A part of the problem is the failure of some projects to obtain clearances from several ministries such as environment and forests, and defence.

“Whenever you enter into a production-sharing contract regime, you enter into unknown zones," said Vikas Kaushal, a partner at management consulting firm AT Kearney. “Some flexibility is needed to effectively work in these regimes to tackle uncertainty. In absence of effective mechanisms for addressing these changes, the licence holders face challenges. This situation, coupled with global business uncertainties, is potentially impacting the interest in the Indian upstream sector."

In an unrelated development, Essar Energy Plc on Monday announced that its subsidiary Essar Exploration and Production Ltd will sell 50% stake in its Vietnam’s offshore gas exploration block 114 to ENI International BV, “subject to agreement from the Vietnam government".