After “punishing" scientists of the Indian Space Research Organisation (Isro) for their alleged role in a controversial deal, the minister of state in the Prime Minister’s Office, V. Narayanasamy, has said that “we are ready to hear their points of view. Let them give their views". The stage for that was before the government concluded they were guilty. 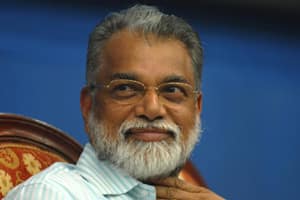 K Radhakrishnan, ISRO chairman
Subscribe to Mint Newsletters
* Enter a valid email
* Thank you for subscribing to our newsletter.
Share Via