India and its burden of social obligations

New Delhi: More than a quarter of Indian households are indebted, and a majority of them borrow from informal sources rather than banks or financial institutions, according to fresh data from a large-scale nationally representative survey. The ‘Household Survey on India’s Citizen Environment & Consumer Economy’ (ICE 360° survey) conducted this year shows that 27% Indian households have at least one outstanding loan. Fourteen percent households have informal loans, 12% have formal loans, and 2% have both formal and informal loans. 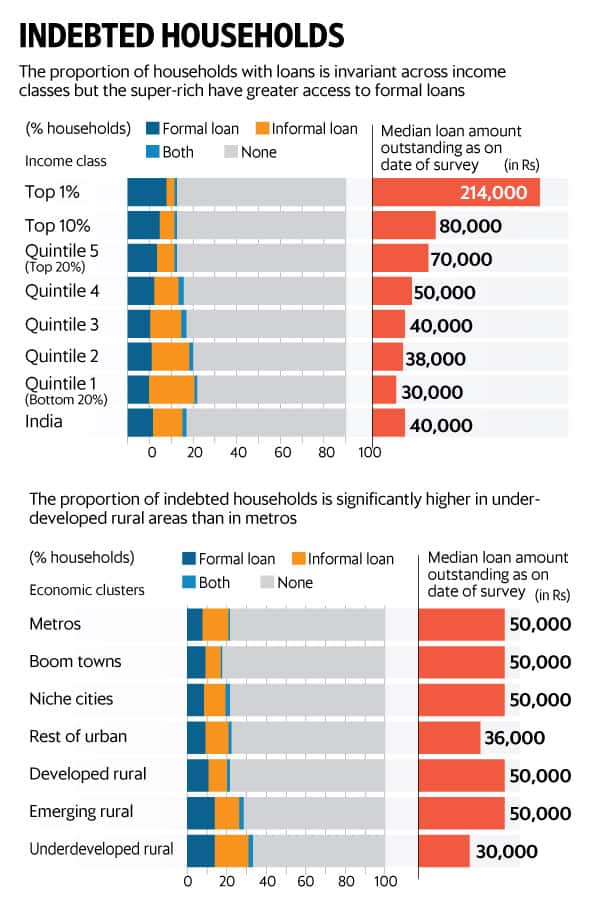 ALSO READ | 99% Indian households are covered by a bank account

The quantum of loan varies sharply across income classes and geographies. Most high-value loans are taken by households from the top percentile, and those living in metros. The median loan amount outstanding as on date of survey) for the top percentile was Rs2,14,000 while that for the bottom quintile is much lower at Rs30,000. 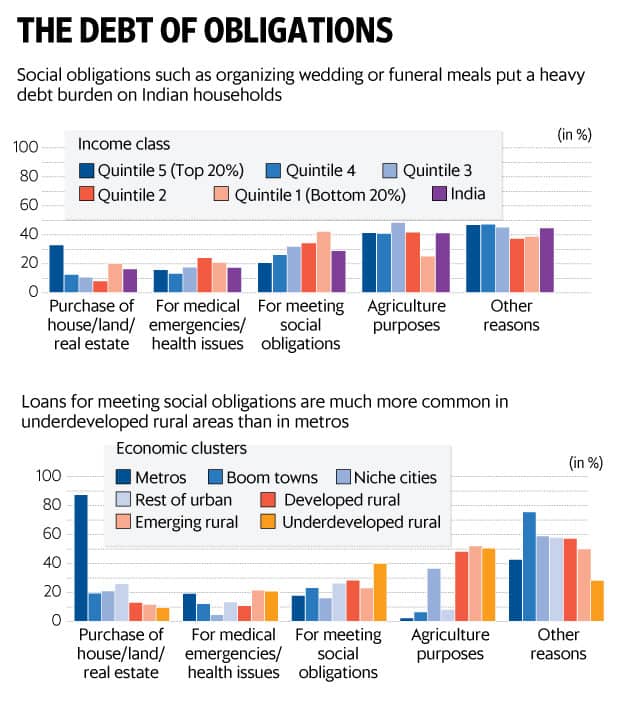 A notable feature of the ICE 360° survey is that it is representative at the level of economic clusters. Urban India has been divided into four clusters: metros (population more than 5 million), boom towns (2.5 to 5 million), niche cities (1 to 2.5 million) and other urban towns (less than 1 million). 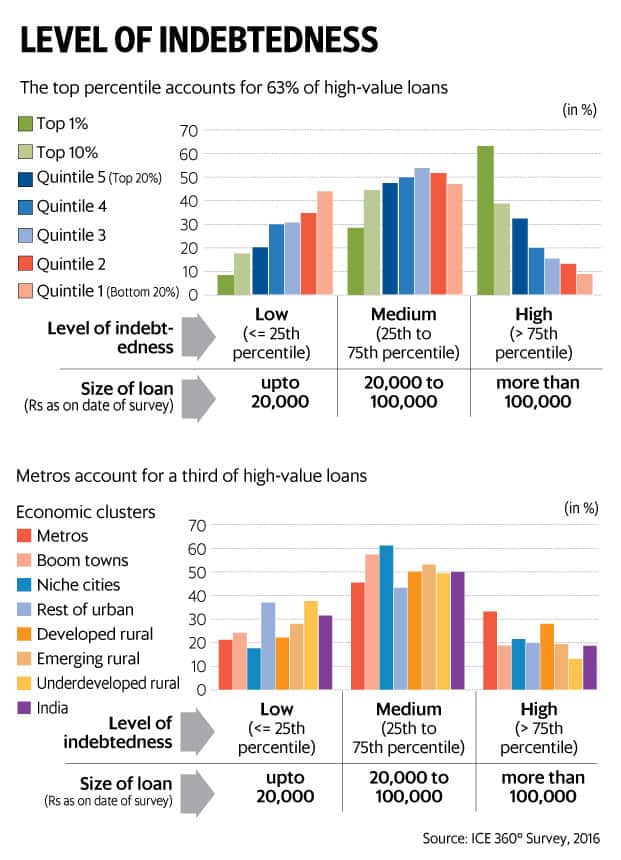 Loans for meeting social obligations are more common in under-developed rural areas than in metros, the survey shows.

ALSO READ | Why demonetisation has been disruptive for India

The rural sample of the ICE 360° survey is less than half of the NSSO sample. Nonetheless, all the estimates of each region have been derived by adjusting for the respective population of those regions.

This is the twelfth of a 16-part data journalism series on how India lives, thinks, earns and spends, based on the latest results from the ICE 360° survey (www.ice360.in/) conducted by the People Research on India’s Consumer Economy (PRICE) in 2016. The next part will look at how Indian households deal with health shocks.