Mumbai: The remaking of Mahindra Satyam (the new brand identity of Satyam Computer Services Ltd) could take 12-24 months and will involve the rationalization of costs and the move to a business model built around actual revenue and profit, a senior executive at the company said.

According to Vineet Nayyar, executive vice-chairman of Mahindra Satyam, the focus will be on managing overheads, which, while the company was managed by founder and former chairman B. Ramalinga Raju, expanded to a “fictional level". 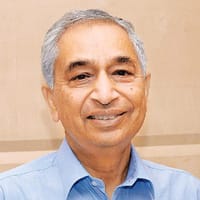 In early January, Raju confessed to having fudged Satyam’s books to the tune of at least Rs7,136 crore over the years. He and a few other executives of the company were subsequently arrested. The government dismissed Satyam’s board and replaced it with a new one that set out to find a strategic partner which could take control of Satyam. Tech Mahindra Ltd, which Nayyar still serves as vice- chairman, won the race to be this partner.

On Thursday, Satyam said in a filing to the Bombay Stock Exchange that Tech Mahindra’s stake in the company would increase to 50.42% following a preferential allotment of close to 2 million shares. The preferential allotment was approved after Tech Mahindra, which paid around Rs1,756 crore to acquire a 31% stake in Satyam, could buy only an additional 0.4% of the company’s equity from the market through an open offer.

Nayyar is unfazed by the task of remaking Satyam, which analysts say could happen sooner than the 12-24 month time horizon indicated by Nayyar.

“Meeting challenges is a state of mind," he said.

Nayyar became a government officer when he was just 22 and said his biggest challenge was building in 1987 the HBJ (Hazira-Bijapur-Jagdishpur) gas pipeline, Asia’s longest, in 11 months. “The pipeline stretched from Surat and on to Jagdishpur in Uttar Pradesh and nobody believed it could ever be done," he added.

“I will not swap my experience in government for anything in this world."

That experience has bestowed Nayyar with a management style that reflects the pragmatism of having worked for the government for a significant period of time as well as the task-orientation companies like to see in senior managers.

“Every situation has different characteristics. Diagnose what the problem is; go about it systematically; you have to have two-three priorities; plot the priorities as nobody can do everything together," said Nayyar, listing the key elements of how he goes about solving problems.

At Satyam, Nayyar and his team have identified the company’s bloated selling and administrative expenses (also called SG&A expenses in accounting lingo where the G stands for general) as the first problem they will tackle. Over the past four years, Nayyar saw Tech Mahindra bring down its SG&A expenses from 26% of revenue to 13-14% of revenue. The result was a gain of 12-13% in revenue that went straight to the profit, he said. Satyam’s SG&A expenses are currently 26-28% of revenue. Nayyar plans to rationalize the company’s facilities and staff, and to reorganize it to bring greater transparency and greater financial responsibility. “These are the fundamental DNA of the company and that’s why we haven’t done an immediate merger because we want to correct it, modify it, improve from the current situation and then merge into Tech Mahindra," he added.

The progress made by Nayyar and his team has been noticed. In a report dated 10 June, analysts Manoj Singla, Bhavin Shah and Nishit Jasani of JP Morgan India Pvt. Ltd, a brokerage, said: “We believe that Tech Mahindra’s buyout of Satyam has had a positive impact on customer sentiment towards Satyam, and that there is incremental business stability. Backed by the strong focus on cost re-alignment (in line with revenues), direct interest from senior management in the Mahindra Group and experience in running Tech Mahindra, we expect Satyam to see a sharp turnaround in revenues and profits by end-2009/beginning 2010."

And while reports of clients and employees jumping ship continue to do the rounds, Nayyar said there is no cause for concern. Neither employees nor clients are deserting the company, he said, not after Tech Mahindra arrived on the scene. “Stability has come."

Nayyar isn’t the only one contributing to the stability. After Tech Mahindra took control of Satyam, Anand Mahindra, vice-chairman of the Mahindra Group who termed the deal a gamechanger, set up a leadership council of 50 leaders (including himself) to reassure employees and customers. While Nayyar was in Australia, C.P. Gurnani, the chief executive (CEO) of Mahindra Satyam, was in the US and Sanjay Kalra, CEO of Tech Mahindra, in Europe.

And Mahindra himself is reported to have met customers such as General Electric, Nissan, Ford and Phillips. For his part, Nayyar met pharma giant GlaxoSmithKline, which on Thursday renewed its contract with the Indian technology company for five more years, DuPont, Qantas and Bank of Australia.

Nayyar said Raju’s revelations had come as a “cruel surprise" to Satyam employees. “They were lulled into a belief that they were doing well; the company was moving from one great level to another great level." Still, these employees have rallied around, he added, and while the company will take a while to adjust to the new realities, it should soon be back on track.

According to the JP Morgan report, Satyam’s annualized revenue is down to Rs6,800 crore, from Rs8,900 crore at the end of September 2008.

At the time of the buyout, some analysts had expressed doubts about whether the acquisition made sense because Tech Mahindra is in an entirely different segment of the software business—it gets most of its business from telcos.

“Mercifully, we are in totally different fields that’s why this acquisition makes so much sense for us," Nayyar said. Mahindra Satyam’s expertise is in sectors such as aerospace, engineering, life sciences, supply chain management, banking and finance, and insurance and there is not much of overlap as far as the domains in which the two companies operate, he added.

The complementarity is “unique and incredible", he said and proceeded to rattle them off: 70% of Tech Mahindra’s revenue is billed in euros and pounds while 70% of Satyam’s is billed in dollars. Satyam has the largest SAP practice in the country—it helps companies that have bought business software from SAP AG implement the software—while Tech Mahindra is strong in the areas of management of networks and infrastructure.

Still, he admitted, the challenges before Mahindra Satyam are very different from those Tech Mahindra faces and has faced in the past. At Tech Mahindra, the challenge was to grow. At Satyam, it is about rationalizing the company’s infrastructure and workforce.

Tech Mahindra went from being a $150 million (Rs734 crore today) company (in terms of revenue) to a $1 billion one in four years, Nayyar said. And not all of this was because of business from BT, which continues to have a 30.98% stake in the company. In these four years, the non-BT business went from nothing to $500 million. “If the non-BT businesses was a stand-alone company that would have been one of the top 10 software exporters in the country." And if the merger of Mahindra Satyam with Satyam happens this year, the company would have gone from $150 million to at least $2 billion in revenue— in five years.

Even as he and his team set out to revive Satyam, Nayyar continues to be curious about Raju and his motives. “He was such a visionary, he built a very good company and had every quality that a good human being should have."

“It would be fascinating to learn what led him to do what he did," he added.

Those actions have left Mahindra Satyam vulnerable to class action suits, several of which it faces. Still, legal opinion is divided on whether the company, itself a victim of Raju’s acts, will have to pay the $100-150 million liabilities that analysts project.

At the height of the uncertainty about Satyam’s future, on 9 January, the company’s shares touched a low of Rs11.50. They were trading at Rs73 at close of trading on the Bombay Stock Exchange on Thursday.