New Delhi: India has finally taken a call on rules governing acquisition of domestic pharma companies by multinational firms, and it is not one that foreign companies like.

An inter-ministerial group on foreign direct investment (FDI) in pharmaceuticals has decided that investments resulting in an equity holding higher than 49% in an Indian pharma company will have to apply for the approval of the Foreign Investment Promotion Board (FIPB), a part of the ministry of finance. 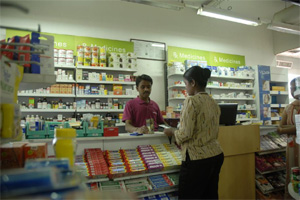 Investments resulting in an equity holding lower than 49% as well as those made in subsidiaries will not need approval and will go through what is called the automatic route.

The group has also decided that a multinational firm buying a stake higher than 49% in an Indian pharma company will maintain the same level of investment in research activities and production of essential medicines for five years.

A finance ministry official, who spoke on condition of anonymity, said a consensus had been reached on the contentious issue. The ministries of health and commerce were earlier in favour of routing all proposals for foreign investment in Indian pharma companies through FIPB, while the finance ministry insisted that FIPB should only scrutinize proposals for investment that would result in an equity holding above 49%.

The decision will adversely affect FDI, said Ranjit Shahani, president of the Organisation of Pharmaceutical Producers of India, the lobby group representing multinational firms. “In a climate where India is already FDI-starved, any policy which restricts freedom of trade and investment will further restrict capital flows. This will not only have a chilling effect on FDI flows to the pharma industry, but will also have a serious knock-on effect in other industries—particularly since it is a reversal of policy liberalization which took place only 10 years ago. Today, when the world is looking at India to kick-start the economy following changes at the Centre, this certainly is a retrograde step," he added.

Still, the decision is likely to clear the logjam at FIPB.

Proposals from foreign pharma companies such as Arch Pharmalabs Ltd, Pfizer Inc. and B Braun Singapore Pte. Ltd are stuck at the board due to a lack of clarity in the policy. A second finance ministry official, who also spoke on condition of anonymity, said FIPB will try and clear the pending proposals at its meeting on Friday.

A commerce ministry official, who is a part of the inter-ministerial group, had said on Monday that the group is likely to take a final decision on Tuesday. “On 27 July, FIPB will take up some proposals, so before that, we would like to finalize the things," he added.

The group also asked the department of industrial policy and promotion (DIPP), the commerce ministry arm that oversees FDI policy, to decide on a cap, in terms of size of the company in which the investment is being made, above which FIPB approval would be required. A senior health ministry official, who was a part of the group and did not want to be identified, said, “Imposing norms on smaller investments would not be proper as it would make the (business) environment hostile to companies."

The group also agreed to impose conditions on the continued production and sale of essential medicines by the companies in which the investments are made. Its draft report said, “Production level of National List of Essential Medicines drugs and their supply to domestic market at the time of induction of FDI (to) be maintained over the next five years." It placed a similar condition on research and development spending.

Alarmed by such acquisitions and their possible impact on the availability of low-cost medicines, the health and commerce ministries demanded that foreign investment in domestic pharma companies be routed through FIPB.

A panel set up under the chairmanship of Planning Commission member Arun Maira at the behest of the cabinet committee on economic affairs suggested a status quo in the FDI policy for the sector while recommending oversight by the Competition Commission of India (CCI) on pricing and competition issues.

That recommendation was opposed by both DIPP and the health ministry. Finally, a meeting called by Prime Minister Manmohan Singh in October last year to resolve the differences decided that while 100% FDI in greenfield investments through the automatic route will continue to be allowed, brownfield investments in Indian pharma companies will be routed through FIPB for six months (from October) and that CCI will then take over the job. That decision, however, left several unanswered questions that Tuesday’s decision by the inter-ministerial group has addressed.