New Delhi/Mumbai: Union home minister P. Chidambaram has criticized the civil aviation ministry’s plan to revamp Air India, saying that a proposed equity infusion into the loss-making and debt-laden flag carrier would not go far enough to ensure its survival.

Chidambaram, a former finance minister, questioned the revamp plan at a November meeting of the group of ministers (GoM) that deals with Air India issues, according to the minutes of the meeting reviewed by Mint. 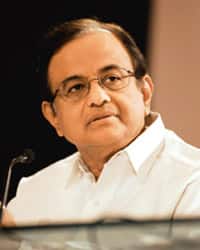 The GoM, headed by finance minister Pranab Mukherjee, decided in November to infuse capital into the airline in tranches of Rs400 crore, based on monthly reviews of cost-cutting measures by the airline, run by the National Aviation Co. of India Ltd (Nacil). A final clearance from the finance ministry, which had been expected by January-end, is yet to come.

Going by a monthly infusion of Rs400 crore, the state-owned firm was expecting Rs2,000 crore from the government this fiscal, which has been capped at Rs800 crore now.

Chidambaram said that in three years the company will only be Ebitda-positive, and that the statistics provided did not present a “correct picture" and “true state of Nacil as a company".

Ebitda, or earnings before interest, taxes, depreciation and amortization, is an approximate measure of a company’s operating cash flow.

“Home minister commented on the slide in the airline finances and desired an extrapolation of the cumulative losses as they would reach in 2012-13," according to the minutes.

Air India had demanded an equity infusion of Rs5,000 crore. The beleaguered airline has struggled with mounting losses and needs money to pay off loans taken to purchase aircraft. It inducted 29 new planes in 2009, part of a 2005 aircraft order to Boeing Co. and Airbus SAS worth $11 billion (around Rs50,000 crore). In 2010, the carrier plans to add at least half-a-dozen aircraft.

It posted a loss of Rs5,548 crore in 2008-09, has outstanding debt of as much as Rs16,000 crore and runs a monthly cash deficit of Rs400 crore. The airline has an equity base of Rs145 crore and has been seeking a cash infusion since last year.

Air India did not offer any comments for this story.

A senior civil aviation ministry official, who did not want to be identified, said Chidambaram had not criticized the revamp plan of Air India, but only sought a clear-cut plan for savings of up to Rs1,800 crore to justify the capital infusion.

“GoM had deliberated various issues and concerns regarding the financial position of not just Air India, but all airlines in the country. GoM members, including Chidambaram, wanted a strong plan of action," the official said. “Following that, we have made a well-articulated plan for the restructuring (of) Air India. We will be presenting this in the next GoM meeting."

At the November meeting, finance minister Mukherjee also called for a time-bound action plan for revamping Air India that would be monitored at subsequent meetings of the GoM.

Meanwhile, the civil aviation ministry said in a statement on Wednesday that there was no plan to demerge the two domestic carriers, Air India and Indian Airlines, which were united under Nacil in 2007. The Times of India reported on Wednesday that the finance ministry, nervous over the viability of bailout plans for the flag carrier, is considering such a plan.

“The Ministry of Civil Aviation has no move afoot for the AI-IA demerger," the civil aviation ministry said in a statement. “The merger was a carefully thought out process and a collective decision of all agencies of the government of India."

The 2007 union of Air India and Indian Airlines was aimed at achieving benefits through reduced costs and leveraging network strength, which were “expected to translate into better prospects for all the employees", the statement said.

An Air India official, who asked not to be named, however, said the merger lacked a well-thought-out execution framework. For instance, the merged airline lacks an integrated passenger reservation system, delaying Air India’s entrance into Star Alliance, the global airline network, for which such a system is a prerequisite.

“Why did you give $10 million to Star Alliance (for membership) if you knew that you didn't have a reservation system?" asked the official. “It (merger) happened in the minds of the cabinet and the ministry only."

Separately, Air India said its operating loss fell 25% in the December quarter to Rs864.33 crore from a year ago and the net loss declined 9.7% to Rs1,473.85 crore as passenger traffic improved. The number of passengers who flew the airline rose 24.8% to 3.17 million in the quarter from a year ago.