Home >Home Page >Their story is the story of Bhopal

Their story is the story of Bhopal

Their story is the story of Bhopal

Bhopal: The intervening night of 2-3 December 1984 changed life for everyone in Bhopal. But not even in her wildest imagination had Rashida Bee thought that looking back 25 years later, she would find it difficult to recognize herself.

“If it hadn’t been for that night," she says, “the world could have come and gone, and I’d still be sitting at home in purdah, rolling beedis by night and doing housework by day." Her colleague Champa Devi Shukla nods in silent agreement. She, too, would have been just another housewife in a basti in Bhopal. 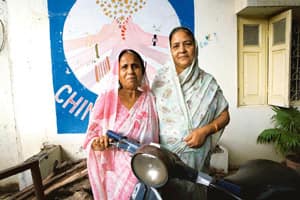 Rashida Bee hadn’t heard of Union Carbide Corp. till the night she woke up with a burning sensation in her eyes. For a while she thought someone in the neighbourhood was burning chillies, but then she heard the sounds of people running. “That night," says Champa Devi, completing Rashida Bee’s sentence, “we all prayed for death."

Also Read 25 yrs on, a walk through the Carbide plant

She doesn’t remember much of what happened next, but when she finally managed to open her eyes, she found most members of her family missing. After a frantic search, a few were tracked down at a hospital 150km from Bhopal. Seven were found in the morgue.

Champa Devi was luckier; none of her family died that night. She fled with her husband, three sons and one daughter, clambering over bodies of the dead to escape the spreading gas leak from the Union Carbide pesticides plant.

In the middle of that month, Rashida Bee’s family went away to Hoshangabad for six months, and Champa Devi’s stayed with relatives in different parts of the country.

Both remember the months after they came back to Bhopal as being the worst. Every member of their families was suffering from effects of exposure to the gas leak. Some found it difficult to breathe while others couldn’t summon the energy to stand for more than a few minutes at a time. There was no money and no work to be had.

Then, on 15 November 1985, a few government inspectors came to their neighbourhoods. They were offering women training at a stationery centre that the government was starting as part of its rehabilitation programme for victims of the disaster.

Neither woman had ever worked outside her house. They had no idea what to expect, but they knew that this was their only chance.

Fifty Muslim women and 50 Hindu women were selected for three months of training. They were to be paid a stipend of all of Rs5 per day.

Over the next few months, they became the voices of the women working there. Three months after they had joined the centre, the women were told that their training period was over and that they should now try to find employment.

“We were working at a stationery centre, but in those three months we hadn’t touched a sheet of paper," says Rashida Bee, the anger still evident in her voice. That’s when they decided they would have to fight.

They were chosen by the women to speak to the collector—a top civil servant—when he visited the centre on the last day of training. The collector brushed them off, saying he could only give them work if the chief minister said so.

“I didn’t even know who the chief minister was," sighs Rashida Bee. But the next morning they set out at 6.30am towards the chief minister’s residence. They didn’t have money for the bus fare, so they walked for 2 hours to get there.

For the next month, the 100 women went to work every day, but were only given work on one. “On 1 April 1986, a month after we’d started, all of us were paid Rs6 for that single day of work," says Champa Devi, recollecting the date without a moment’s pause. “The price of a kilo of potatoes was Rs8."

The women decided they would rather work for free. For the next three months, they refused any money. And for the first time their voices were heard. At the end of that period, they were promised a minimum of Rs150 of work every month.

Their first victory also made them realize the importance of collective action. On 17 March 1987, the Bhopal Gas Peedit Mahila Stationery Karamchari Sangh, an organization set up to help victims of the gas tragedy, was born.

Had their family members been supportive? “Yes," both reply.

“For a while my uncles were a little upset that I was not wearing purdah, but then they saw how important my work was," says Rashida Bee.

The formation of the union was the first step in a long struggle for fair wages. One of its first demands was that the women be paid “factory rates" that applied to manufacturing set-ups with more than 20 employees.

The next was that they be paid the same wages as other employees at the Central Government Press where they had been shifted to. The lower wages, Rs535 as opposed to Rs2,400, that were reserved for the “gas affected" because of their lower productivity were unfair and demeaning, they contended.

The fight took them on a one-month-and-three-day road journey from Bhopal to New Delhi in 1989, during which they camped out in the open, lived on the charity of villagers and wore sandals made of leaves when their slippers broke.

It was around this time that the women got involved with communities in the slums around the Union Carbide factory. Most of these people were drinking water contaminated by the chemicals dumped in the factory. As a result, the incidence of birth defects in children there was alarmingly high.

The compensation given to the slum-dwellers had been exhausted long ago on medical care, and a few of the other benefits that the government had supposedly doled out never reached them.

While she was busy with her work, the health of Champa Devi’s family members had started collapsing. Her husband was diagnosed with bladder cancer and died after three years of treatment. Her older son, who had suffered particularly badly from the effects of the disaster, committed suicide. Her youngest son had three children of which one was born with a cleft lip, the second died soon after being born and the third had stunted growth.

Despite the trauma, Champa Devi continued working with the stationery karamchari sangh. The sangh had finally taken the case for back wages to the courts. It made its arduous way from the labour court to the high court and then the Supreme Court, where it remains to this day.

In 2004, the world changed once again for Rashida Bee and Champa Devi Shukla when they were given the Goldman Environmental Prize for the work they had done with gas-affected communities.

The prize money was used to create Chingari, a rehabilitation centre for disabled children. Today, it has registered with it 300 children up to 12 years old. Space constraints, however, only allow them to accommodate 60 children a day. The centre has a speech therapist, physiotherapist, special educators and doctors. Its aim, according to Champa Devi, “is to try to give the children the tools to go to a regular school".

Champa Devi and Rashida Bee still work at the Central Government Press, where they’re junior binders. The wages have increased over the years to Rs4,000. They spend the morning there and can be found at Chingari in the afternoon.

Of the three goals they set themselves when they got the award in 2004, they’ve achieved two. They’ve started a school for disabled children and they’ve instituted an award called the Chingari trophy for women who’re doing exemplary social work. A vocational training centre for women from the gas-affected neighbourhoods remains to be set up.

Even though things have changed for the women, the struggle has otherwise been painfully slow. The Chingari Trust is just off Berasia Road, one of the areas most affected by the gas tragedy. Rehabilitation and development still elude the area. The roads here are rutted with deep potholes, and there are swarms of mosquitoes everywhere.

But just getting this far has been an achievement. Sitting in their tiny office, Champa Devi and Rashida Bee look like happy sisters—giving interviews together, completing each other’s sentences, taking over when the other pauses and nodding together over shared memories.

Their greatest achievement, they feel, has been to prove they have it in them to fight and to lead other women in the struggle. “Once we felt like we were frogs in a well," says Rashida Bee, “but now the whole world is with us."

This year, they’ve decided to change the format of the Chingari trophy. Instead of giving it to one woman, they’re going to give it to 25 from across the country. One for each year of the past 25 years.

This is the second of a series. Tomorrow: The attractions and occupations of the tragedy.