MTN’s Stand | Contours of the deal may change: Nhleko

New Delhi: The contours of the deal between Bharti Airtel Ltd and MTN Group Ltd will see a change by sometime next month, said the group’s Johannesburg-based telecom operator’s CEO Phuthuma Nhleko. 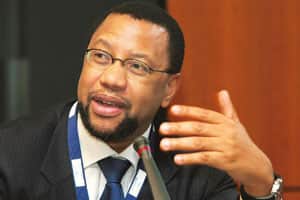 “Whatever strategic objectives that are there (in striking the deal) have to be balanced out by value for the shareholders," he added.

On 25 May, MTN Group and Bharti Airtel announced that they had restarted negotiations, exploring a potential transaction that would lead to an eventual merger between the two telecom giants.

Bharti Airtel, in turn, would acquire approximately 49% shareholding in MTN.

The transaction is expected to create the third largest telecom operators in the world with around $20 billion (Rs98,000 crore) in revenues and nearly 200 million subscribers.

“The rationale for the transaction is compelling and includes diversification and synergistic benefits as well as addressing the objective of becoming one of the pre-eminent emerging market telecommunications companies," a statement from MTN on its earnings said.

“No decision or agreement to acquire any shares or global depository receipts (GDR) or implement the potential transaction outlined above has yet been made by the boards of either MTN or Bharti. Shareholders will be advised of any further developments," the statement added.

A South Africa-based analyst echoed the sentiments of MTN shareholders, who haven’t exactly embraced the deal. 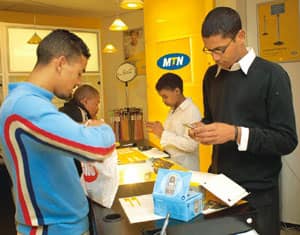 Still, the prospect of a change in the deal structure held hope, this analyst added.

“The GDR structure might change and maybe there is a 5-10% increase in the offer price that Bharti has made to MTN. I don’t see Bharti upping the price materially."

“If the GDR structure does not change, then there could be some difficulty for the South African shareholders," he said.

Under the current structure, apart from cash, MTN shareholders are expected to receive one Bharti GDR for two MTN shares.

In the earnings webcast, Nhleko said that the firm was exploring the deal quite seriously, but if the talks fell through, then MTN does have other options.

“If Zain has decided to sell and there are no regulatory problems, then we will absolutely pursue that opportunity," he said, referring to his African competitor putting its mobile business on the block.