The low valuation has effectively stymied the proposed merger of Sistema’s units JSC Bashneft and OAO RussNeft with Imperial Energy. After the merger, ONGC was to acquire a 25% stake in the combined entity by divesting the UK explorer.

“Sistema valued Imperial at only $500 million," an ONGC executive said on condition of anonymity.

ONGC Videsh Ltd (OVL), the overseas arm of the exploration company, has been struggling with Imperial Energy. It had paid $2.1 billion three years ago to tap the company’s Siberian deposits as part of an effort to secure energy assets overseas and reduce the country’s dependence on imports.

ONGC set aside $408 million to cover the impairment of Imperial’s asset value in the last fiscal, after which OVL’s profit rose to 2,671 crore.

A second ONGC executive confirmed the valuation by Sistema. “It is not permanent impairment for us," this executive said. “They think it is a distress sale for us. We have delinked Imperial from this arrangement and this deal is as good as over." The official didn’t want to be named. 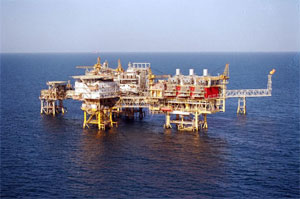 ONGC has decided not to invest more money in Imperial Energy until it has a suitable strategy in place. Imperial’s main asset is its Siberian fields, with an acreage of around 16,800 sq. km. Apart from the acquisition cost, ONGC has invested around $500 million in Imperial.

The proposed merger may come unstuck, Mint reported on 30 December.

The Comptroller and Auditor General of India has found fault with the acquisition of Imperial Energy. The government’s auditor said OVL incurred a loss of Rs1,182.14 crore between January 2009 and March 2010 due to its inability to achieve the estimated oil production of 35,000 bpd, Mint reported on 25 March 2011. The public auditor said OVL’s “prediction for production levels was highly optimistic rather than realistic".

“Anyone can put any value to anything. Does that mean that we have to agree to it? When one goes to buy something, everyone wants to beat down the price," said a third ONGC executive, who also didn’t want to be identified. This is nothing more than that."

“Indian explorers need to be realistic of the global perspectives, as international players have a far wider, balanced and risk-adjusted view of opportunities, and this is reflected in the prevailing valuations of oil acreages too," said Gokul Chaudhri, a partner at audit and consulting firm BMR Advisors Pvt. Ltd.

The valuation of Imperial Energy by Sistema comes against the backdrop of Russia raising the issue of the cancellation of 21 telecom licences awarded to Sistema Shyam TeleServices Ltd, an India-Russia joint venture, by the Supreme Court on 2 February. It was one of the nine companies that had their licences cancelled.

Sistema has said it had the right to begin proceedings against India in an international tribunal if the dispute was not settled amicably by 28 August. The Russian government owns a 17.14% stake in Sistema, which in turn holds a 74% stake in the Indian venture with the Shyam Group.

“As a policy, we do not respond to speculative stories on business-development related issues of the company," S.P. Garg, director of finance at OVL, said in an emailed response.

“As to the potential merger of Bashneft and RussNeft, basis for this deal is being still analysed since the deal depends on many factors including RussNeft’s debt reduction," a Sistema spokesperson wrote in an email response. “As to the probable deal with ONGC, there is still nothing to discuss—no transaction in progress. As to the Imperial Energy evaluation, we didn’t do any due-diligence actions; the figure you mentioned is just the third parties’ assumptions taken from the public field."

OVL was to acquire the stake in the combined entity under an agreement called the framework agreement on cooperation in hydrocarbon sector, which it signed with Sistema during a December 2010 visit to India by Dmitry Medvedev, then president and now prime minister of Russia.

The companies had aimed to finalize the transaction by 30 June 2011, according to a statement issued by ONGC at the time. While Sistema directly and indirectly holds around 90% of Bashneft, it has a 49% stake in RussNeft.