The two operators are Essar Oil Ltd, which operates a CBM block in Raniganj in West Bengal, and Reliance Industries Ltd (RIL), which has its block in Sohagpur in Madhya Pradesh.

Essar has submitted a pricing proposal of $4.2 (around ₹ 222 today) per million British thermal units (mmBtu) to the government, while RIL proposed a formula linked to the international crude price, under which the price works out to around $15 per mmBtu.

Essar has the largest CBM acreage in India, with about 10 trillion cubic ft of gas across five blocks. Peak production from its Raniganj block is estimated at 3.5 million standard cu. metres per day (mscmd) by 2014-15.

RIL is expected to produce 3.5 mscmd from its Sohagpur block by 2014 as well.

The government is caught in a bind as it is trying to make domestic gas (a commodity currently in short supply) available to consumers—especially in the power and fertilizer sectors—at a reasonable price. But approving a lower-than-potential price will deprive it of revenue to be shared with it by firms from the sale of gas derived from coal. 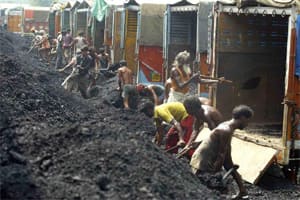 “The ministry is looking into various angles with respect to CBM pricing, though no final decision has been taken yet," a person close to the oil ministry said. “The matter is that Essar wants to sell its gas to a company that is in a way connected to it. On the other hand, RIL wants a very high price for its gas. The issue has to be reconciled." He declined to be named.

The person said the oil ministry was studying the matter independently, but could not take a view on this matter by itself, and was gathering inputs from other government quarters.

In a written reply to a question in the Rajya Sabha on Tuesday, minister of state for petroleum and natural gas R.P.N. Singh said the oil ministry will decide on the pricing formula proposed by RIL “in line with provisions under the CBM contract and ministry of petroleum and natural gas guidelines". The contract signed with CBM operators provides for approval of the formula within 60 days from the date of receipt of the proposal or from the date on which additional information and clarifications were received, the reply added.

RIL submitted its proposal on 21 February this year, he said. The minister said Essar made its proposal on 19 September 2011, but additional clarifications were sought from the company, which were provided on 10 January and 5 March.

One of the largest buyers of Essar’s CBM is a company called Matix Fertilisers and Chemicals Ltd, which has a manufacturing unit in West Bengal.

One of the conditions in the contract signed between CBM block operators and the government states that the former will have the freedom to market gas after discovering the best price on offer through the so-called arm’s length sales principle.

This refers to sales made freely in the open market between willing and unrelated sellers and buyers, where the two have no contractual or other relationship, directly or indirectly, that can influence the selling price.

Even though Essar may not have any business relationship with Matix, the government is examining whether its price bid can be said to have followed the arm’s length principle since the promoters of the two companies are related.

“Essar has followed due process as per the CBM contract to arrive at the discovered price of $4.2 per mBtu for a high-volume, long-term off-take and is awaiting the government’s approval on the same," an Essar Group spokesman said in an email. “The contract with Matix Fertilisers is strictly on an arm’s length basis and also satisfies the gas utilization policy giving priority to the fertilizer sector. It must be noted that owing to several factors like local demand-supply of gas, regional infrastructure constraints, alternative fuel availability and off-take capacities, etc., the price of CBM gas is likely to be different in different geographies."

“We have not heard from the government on any proposal on pricing, hence we cannot comment on the same," an RIL spokesman said.

Essar is yet to start commercial production from its Raniganj block, pending approval of its proposed price for the gas from the government. However, it is selling gas produced under test conditions to Matix at $5.75 per mmBtu. Essar’s case is more complicated since Matix meets the government’s recently laid-down criteria of gas block operators giving preference to the so-called priority sector, comprising power and fertilizer companies, the person said.

Ever since output at India’s largest gas reservoir, the D6 block in the Krishna-Godavari basin operated by RIL, has slumped, power and fertilizer companies that depend on gas as fuel have been facing a shortage, leading to lower plant utilization or higher operating expenditure due to costly imports.

The government has since decided to allocate all domestically available gas to these two sectors. The oil ministry issued a set of guidelines for the pricing and commercial utilization of CBM gas on 15 June, 2011, which asks producers to inform the former of the quantity, location and timeline of expected gas availability “in order to utilize the CBM gas for the priority sector".

The government guidelines further state that the operator should undertake price discovery among priority-sector consumers, and final customers should be selected based on the proposals received from the Union and state governments, on the basis of the Centre’s aforementioned gas utilization policy.

It is this stance of the government that has led to a difference of opinion with RIL. In a 21 July letter, RIL told the government that the guidelines adversely affected its contractual rights and interest. It also called the changes proposed by the government “unilateral". It pointed out that according to the original contract signed with the government, operators had the freedom to sell gas to any customer at market-determined rates.

While seeking approval of the pricing formula for CBM gas, RIL said the contract entailed that the gas sale should be such that the producer gets a return on risk capital deployed and the government gets a higher production-linked payment, and hence at the highest price on offer.

The company sought the government’s approval to transport the gas using the Hazira-Vijaipur-Jagdishpur pipeline to areas where existing customers (including power and fertilizer firms) were reeling from a gas shortage and importing costly natural gas. RIL further committed to offtake its entire CBM produce for its own consumption at the price proposed by itself, further emphasizing that it had proposed the best price.

In its guidelines, the ministry states that it would approve or suitably modify the contractor’s proposal taking into account the price of dominant indigenous gas in that region.

The government’s intention to factor in the price of dominant indigenous gas in the CBM operator’s region may queer the pitch for Essar, as another operator sells CBM gas in the same region at a higher price. Great Eastern Energy Corp. Ltd (GEECL), the first Indian firm to be listed on the London Stock Exchange’s Alternative Investment Market, has been commercially producing CBM gas at Raniganj since 2007 at a price of $6.79 per mmBtu.

Yogendra Kumar Modi, GEECL’s executive chairman and managing director, said his company had “communicated to the government that it was in the best interest of both parties (the CBM operator and the government) if the gas was sold at the highest price".

“According to the PSC (production-sharing contract) between the government and the contractor, the sale of CBM has to be market-driven at an arm’s length price, since there is no cost recovery involved and the royalty to be paid to the government is calculated on gas sales alone," Modi said.

In the case of conventional gas production, an operator is entitled to recover development cost from the revenue earned by selling the fuel, and the government’s share of profit is calculated on the balance.

Deepak Mahurkar, leader, oil and gas practice, at consultancy PricewaterhouseCoopers, said the differential pricing of gas is possible. “Currently there exists multiple pricing of natural gas derived from different sources," he said. “It remains to be seen how the government offers flexibility in pricing as opposed to resultant fixed and uniform price."

The intent was to provide the contractor the freedom to price the gas at discovered rates; in different areas there would be consumers with high and low affordability, and that may bring in differential pricing, he added.

“Gas market infrastructure development has moved into supply-driven mode, and better affordability, resulting into better availability, would be the desired outcome," Mahurkar said.