Bangalore: Infosys Technologies Ltd expects four new businesses it entered in the past three years to each generate at least $1 billion (Rs4,620 crore) of revenue by 2013, as the company executes a strategy that will reduce its dependence on so-called low-end or commodity services where profits are low and competition, high. 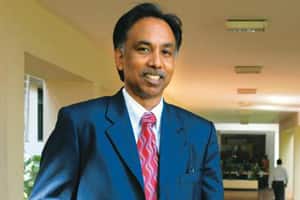 Infosys, India’s second largest software services firm by revenue, plans to grow revenue from infrastructure management, independent testing and validation, business process management, and system integration. These businesses currently contribute independently between $250 million and $300 million a year. Infosys, according to the guidance issued by the company in October, will end this year with between $4.6 billion and $4.62 billion in revenue.

“Our go-to-market strategies at the highest level remains the same. Either we are a consulting and transformational player or we are an outsourcing partner," said S.D. Shibulal, chief operating officer at Infosys. “We are engaging (customers) with our new (business) models, (we have) two or three funnels for growth."

Infosys has a five-seven-year strategy for each business for growth, he added.

Indian software services firms have traditionally offered routine services such as application development and maintenance that account for around 40% of their revenue to customers in the US and Europe. But increasing competition and pressure on profit margins is making them look at new business segments and new geographies, say analysts.

“To put it bluntly, only new geographies, new business verticals and upcoming segments will drive growth. All the large Indian players are adopting this strategy," said Anil Advani, head of research at SBICAP Securities Ltd. “That is the only way to grow."

India’s software exports are expected to grow between 4% and 7% this year to $48-50 billion, the slowest rate of growth in almost a decade, according to Nasscom, the industry lobby, after customers in the US and Europe, the two main markets for Indian firms, slashed technology spending due to recession.

But as the economy bounces back in the US and customers slowly begin their spend on technology, Indian firms such as Infosys say they stand to benefit the most from the recovery. In the second quarter to September, Infosys and its peers Tata Consultancy Services Ltd, the largest Indian software services firm, and Wipro Ltd, the third largest, showed growth, the first in six quarters on improved orders from customers. Most Indian firms have predicted higher growth in the second half of the year than the first six months. But faster growth could come in 2010.

Infosys says that while budgets in the US—the market from where it earns two-thirds of its revenue—are likely to remain flat in the coming year, the company stands to gain from the availability of talent and delivery from a low-cost base.

“But from an offshore outsourcing work perspective, we are definitely seeing positive responses. Most clients are trying to do more with less. Because, now the budgets have been cut and they have lost people, and business is changing," said Shibulal.

“Business is changing in terms of client demands, in terms of regulatory framework; it is changing in terms of M&A (mergers and acquisitions) activity, these clients, some of them got merged, because they need to do system rationalization and things like it. They are all trying to do more with less and they really need to do those things, because that is what makes them successful when this (economic crisis) is over," he added.

Infosys said it is also seeing a change in deal sizes since the slowdown. Large deals are fewer in numbers and deal sizes have halved from the $300-500 million nearly two years ago.

“One way to go was to compress the deal size, so that lower level (executives) can actually take decisions. The $300-500 million deals, I am not seeing as frequently as before. The $100-250 million deals are still out there, and we are chasing quite a few of them," said Shibulal.

In the six months to September, it won eight deals that were valued at over $50 million.

The Infosys stock lost 0.81% to Rs2,376.70 on Thursday on the Bombay Stock Exchange. Its shares have more than doubled this year, consistent with the BSE IT index that grew 112.4%.