The project forms an integral part of the newly re-elected United Progressive Alliance government’s strategy for what it calls “inclusive growth", or a fair allocation of the benefits of economic growth to all sections of society, including the poorest of the poor. 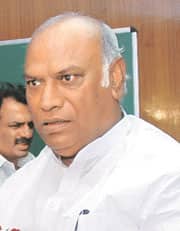 The labour ministry, which is implementing the health insurance project and spent Rs100 crore on it in the first year, has now asked the finance ministry to raise the budget allocation by six times to Rs600 crore to cover 10.2 million families by the end of this fiscal, said a government official who didn’t want to be identified.

Seven health insurers, including ICICI Lombard General Insurance Co. Ltd and Star Health and Allied Insurance Co. Ltd, that have won tenders in different states to enrol beneficiaries under the country’s biggest social security initiative, have mutually agreed to share their network of registered hospitals and extend medical services irrespective of which among them have registered the beneficiary.

A formal agreement is expected to be signed between the government and chief executives of the insurance companies by next month, said an official of the labour ministry who requested anonymity.

Launched in February last year, about 4.7 million beneficiaries have already been registered under RSBY. Labour minister Mallikarjun Kharge announced plans to further extend health insurance to families living on the borderline of poverty, often classified as “above the poverty line", which number three times the BPL families.

Experts welcome the move because a majority of workers in the unorganized sector and their families do not have any form of medical insurance, but caution that, like mass health insurance programmes in the past, it’s bound to fail unless there is regular monitoring.

“Those who need the most (medical insurance), are also the hardest to find. A lot more emphasis needs to be (put) on evaluation," said Indrani Gupta, health economist at Delhi-based Institute of Economic Growth.

RSBY ensures families medical treatment worth Rs30,000 a year and charges just a nominal annual registration fee of Rs30. The plan will be implemented with a shared 75:25 contribution between the Centre and the states, and insurance companies bid through an open tender.

Close to 800 hospitals have been registered to attend to patients under the scheme, and the numbers are set to grow as more hospitals sign up to offer services.

The labour ministry is currently standardizing the software and back-end management system, including for enrolment and medical transactions, with help from a Rs9 crore World Bank technical assistance programme.