Mumbai: Slapped with a legal notice by Media Content and Communications Services India Pvt. Ltd (MCCS), which runs the Star News channel, social networking website Facebook was recently forced to delete some allegedly defamatory content posted against the media house on a forum called “Fight against corruption in media", said two persons connected with the development.

The notice sent to Facebook in December had asked it to remove content posted by some disgruntled Star News employees against the company and one of its executives. 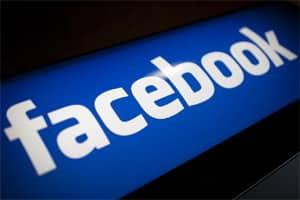 MCCS is a joint venture between the Star group and ABP Pvt. Ltd.

This is perhaps the first time that Facebook, the world’s largest social networking site with 800 million users worldwide and around 40 million in the country, has been pressured to delete content in India. Social networking sites have been under the government scanner since September, and warned by communications and information technology minister Kapil Sibalover objectionable content on their sites allegedly featuring Prime Minister Manmohan Singh, Congress party president Sonia Gandhi and some religious leaders.

An email sent to Text 100, Facebook’s official communication agency in India, did not elicit a response. An executive at the agency said over phone that Facebook did not have any comments to offer on the issue.

Ashok Venkatramani, chief executive of Star News, declined to comment for the story. A Star News official, who did not want to be identified, confirmed a legal notice had been sent to Facebook.

“The legal notice that we sent was not about taking action against Facebook," the official said. “We just wanted to draw their attention to the fact that there was malicious content posted against Star News in one of their forums. It’s obvious that if we had just written an ordinary letter to them, it would not have got them to take the required action. All we asked in the legal notice was that Facebook adhere to its own policies. Facebook has since then stopped users (posting those offensive comments) from participating in that forum. And as far as we are concerned, the matter is a non-issue and has been sorted out."

Earlier this month, Facebook and other US-based Web companies such as Google Inc., Yahoo Inc. and Microsoft Corp. were issued summons by a Delhi court in connection with criminal charges for “objectionable" material hosted online. The Union government sanctioned the prosecution of the companies on its behalf.

“Irrespective of whether the company has an office based out of India or not, if the content is visible in the country, they (the firms) must comply with Indian laws," Singh said, but declined to comment on the MCCS case in particular or discuss any specific client conflicts with social networks.

According to Singh, most social networks try their best to comply with local rules and regulations. “We’ve come across many cases when there have been clients with concerns on content posted on social networks, and the networks have responded favourably and in a fair manner. With Twitter, it’s a bit of a challenge, but that’s because of the technology and format—that makes it difficult to control content," he said.

“Google has a much greater presence in India than Facebook or Twitter. They have legal teams and are a lot more responsive in addressing concerns of corporate clients," Murthy said.

According to Google’s Transparency Report published on its website, in 2010-2011 the company received 68 content-removal requests from the Indian government and it fully or partially complied with 51% of these requests. Most of the requests involved defamatory content, while one particular request related to Google Maps and Panorama raised national security concerns.

“In addition, we received a request from a local law enforcement agency to remove 236 communities and profiles from Orkut that were critical of a local politician. We did not comply with this request, since the content did not violate our community standards or local law," the website states.

According to Murthy, Facebook typically reacts in situations where there’s misrepresentation of an identity—a person pretending to be someone else—or people posting pornographic pictures on the site.

“Normally, they don’t intervene in public forums or groups within the network because that comes under freedom of speech and expression," he said. “For instance, the government of India has been trying to stop ‘hate India’ groups on Facebook, but Facebook has not removed those groups."

Murthy added that corporate entities were increasingly facing the task of dealing with malicious user comments and remarks posted by disgruntled employees or ex-employees on Facebook.

“We tell clients that bad feedback cannot be done away with," he said. “But it can be moderated. It helps if there is someone from the company to get the company’s view across. Leaving it unaddressed can be an issue. Also, as far as employees are concerned, it helps to have a social media policy in place."

Singh of J Sagar Associates said the government of India was trying to incorporate some guidelines for social networks and the coming days will see changes in legislation and rules getting formalized.