Small B follows Big B, to make small-screen debut on Colors

Small B follows Big B, to make small-screen debut on Colors

Mumbai: Another A-list Bollywood star will be hitting the television screens, following in the wake of such marquee names as Amitabh Bachchan, Shah Rukh Khan, Salman Khan and Akshay Kumar. Next in line is Small B—Abhishek Bachchan.

Colors, the country’s leading Hindi entertainment channel from Viacom 18 Media Pvt. Ltd, has signed on the younger Bachchan for a reality show called Bingo, the American name for the game better known as Tambola in India or Housey Housey (also spelled as Housie) in parts of the former British empire. 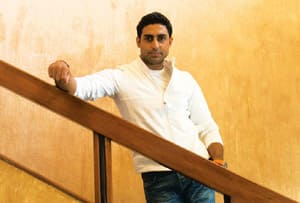 Colors, which has displaced Star Plus from the No. 1 slot, has been running a teaser campaign featuring Abhishek Bachchan without divulging the show or the identity of the channel. The campaign refers to “aaram classes" and leads to a website called abhishekaaramclasses.com, which does not divulge any details either.

An executive at Colors, who declined to be identified, admitted that the teaser campaign featuring Abhishek Bachchan was for a show on the channel, but he refused to share any details.

According to a senior executive of a media-buying agency, who did not want to be named either, Bingo will be telecast once a week at 9.30pm and will have 13 episodes.

“It will be based on the same concept as Tambola and will involve general viewers as well as the participants on the show. Idea Cellular Ltd has already been roped in as presenting sponsor, while Maruti Suzuki India Ltd is the associate sponsor," he told Mint. He said advertising on the show is being sold at a premium—Rs1.5-2 lakh for 10 seconds, as opposed to regular inventory on Colors, which is sold for up to Rs1.2 lakh. The media expert added that the main sponsor is shelling out Rs7 crore for the show and the associate sponsorship costs Rs3 crore. The Maruti spokesperson said it was too premature to offer comment while Pradeep Shrivastava, chief marketing officer at Idea Cellular, confirmed that the company was the presenting sponsor for the show. However, he did not disclose any financial terms of the contract.

The celebrity quotient has always been high on Colors with stars such as Shilpa Shetty, Akshay Kumar and Amitabh Bachchan hosting shows on the channel. Previous media reports have stated that Colors paid Amitabh Bachchan Rs1.5 crore per episode for Bigg Boss Season 3.

Top stars such as Amitabh Bachchan and Shah Rukh Khan are signed on for multi-crore deals, according to Manish Porwal, chief executive, Percept Talent Management, a division of Percept Ltd.

“At the very least, they would be paid Rs1 crore per episode. However, the contracts are complex and involve clauses on promotions, public appearances, merchandising brands that the stars represent and even commitments on the number of guest celebrities that the star can attract," he said.

However, not all channels endorse the celebrity route to get eyeballs. Joy Chakraborthy, chief revenue officer, Zee Entertainment Enterprises Ltd, said Dance India Dance on his channel has opened with a 5-plus television rating.

“Roping in big celebrities at a huge cost is not going to ensure ratings," he said. “Our strategy has always been to invest in cost-effective programmes that work."

Colors has held on to the top slot for several weeks now.

“On an average, viewers spend more time on Colors than on either Star Plus or Zee TV," Sudarshan Rajan, senior business director, MediaCom India Pvt. Ltd, told Mint. During prime time, the average time spent on Colors is 110 minutes, 93 on Star Plus and 91 on Zee.

Shashi Sinha, chief executive of Lodestar Universal Pvt. Ltd, said that though the new format is certainly unconventional, “the show would be of interest to me if it involves viewers in the Housie game and on a large scale".

Shuchi Bansal contributed to this story.