Thanks for Visiting Mint
You seem to have an Ad Blocker on. Please turn it off in order to continue, or whitelist Mint
HOW TO TURN OFF AD BLOCKER
OR
REFRESH IF YOU ALREADY TURNED OFF THE AD BLOCKER
Home >Home Page >Regional language cinema comes out of shadow

Mumbai: The red carpets have been rolled up, the cocktail dresses stored away and the movie honchos are winging their way back home.

As the dust settles in the wake of this year’s Cannes International Film Festival, production houses are moving in to cash in on regional language cinema—this festival’s surprise big hit with buyers—which has customarily been relegated to the sidelines as Bollywood’s less glamorous stepsister. 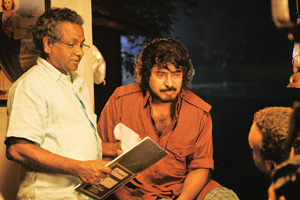 Sales agents and festival directors, their appetites whetted by the runaway success of Danny Boyle’s Slumdog Millionaire, are, meanwhile, combing through the pipeline of releases with an eye on sourcing cinema that has global appeal.

“There was a lot of interest in the arthouse slate from festival directors, and we are now really pushing the boundaries," said Mahesh Ramanathan, chief operating office of BIG Pictures, which took six regional language films to Cannes this year and reported robust interest from buyers, but declined to disclose figures.

Ramanathan, who took a slate of films, including Shaji N. Karun’s Kutty Srank, in Malayalam, as well as Buddhadeb Dasgupta’s The Window, in Bengali, to Cannes and is planning a whirlwind tour of festivals across the world this year, added that the interest from buyers in regional language films represents a real opportunity for Indian film-makers.

Jerome Paillard, director of the Marche du Film, or Cannes Film Market, called for India to protect its regional language film-makers. “We are waiting for another Satyajit Ray to emerge from India, but it seems the country currently does not give its film-makers the sort of environment that is needed for that to happen," he commented at the festival.

According to 2008 figures from industry body Federation of Indian Chambers of Commerce and Industry, films in India are made in 22 languages, with only 257 of the country’s annual output of 1,000 films being made in Hindi. Telugu films are a close second with 241, and Tamil takes third place with 149 films.

Cinema from all corners of India was represented at Cannes by the National Film Development Corp. Ltd (NFDC), a central agency to promote Indian cinema, with films in five different languages.

Apart from As The River Flows, a production in Assamese, NFDC’s catalogue of films included the Bengali language literary adaptation Maya Bazaar, a Konkani film The Man Beyond The Bridge and the Rajasthani-Hindi film Haat. The agency is also due to begin development of Kissa, a Punjabi film by Anup Singh, to be co-produced by Germany’s Heimat Films.

“There is an increasing awareness that this is a country where cinema is made in different languages, and there is interest in regional films," said Nina Lath Gupta, managing director of NFDC. “Buyers were looking at purchasing them all and we are in open negotiations for them."

The depth and nature of the stories encapsulated in regional language films has also helped to heighten their appeal for a global audience, said Rohit Sharma, head of marketing at production house iDream Production Pvt. Ltd.

“There were a lot of buyers who were looking for a new kind of cinema and not the usual Bollywood style," said Sharma, adding that interest in Jogwa, the Marathi language film he took to Cannes, had come from territories as far removed as Brazil.

The move by production houses to exploit their regional language offerings comes amid a drive by Hollywood studios to branch out into making movies in Indian languages other than Hindi, with Fox Star Studios recently staking its claim on the Tamil film industry through a two-film deal with A.R. Murugadoss, director of last year’s superhit Ghajini.

Karun, the celebrated Malayalam director whose debut film Piravi won the Camera D’Or at Cannes in 1988, believes that the resonance of cinema from across India lies in its “cultural aspects".

“I found that audiences don’t find much difference in terms of the Indian languages," said Karun. “I think they are looking for the cultural aspects of it. Cinema across India stands a better chance than Bollywood, because it is more culturally specific in terms of telling stories, emotional perspective, understanding human beings."