Bankers want the Reserve Bank of India (RBI) to cut the cash reserve ratio (CRR), or the portion of bank deposits that is kept with the central bank, in its quarterly policy on Tuesday to ease pressure on liquidity. A cut in CRR, they say, will bring down the cost of money. Corporations want RBI to cut its policy rate— a more effective tool—to pare their cost of borrowing. Once money becomes cheaper, they will be encouraged to take bank loans and invest in projects. Both the bond and swap markets, too, are betting on a possible rate cut. Still, it will be a huge surprise if RBI goes either for a rate cut or CRR cut on Tuesday when it announces its first quarterly monetary policy for fiscal 2013.

After cutting the policy rate by half a percentage point in its annual monetary policy in April, RBI had left its key rates and CRR unchanged in the mid-quarter policy in June and is likely to continue with the same stance. The quarterly policy should be a non-event as there is no obvious trigger for loosening RBI’s stance as yet. 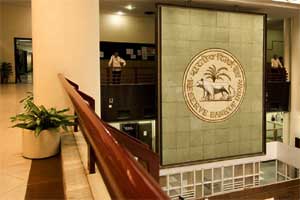 In some sense, in fact, even the current policy stance is not too tight. The yield on the benchmark 10-year paper, which was 8.57% in April, has come down to around 8.12% now. Even at the shorter end, three-month commercial paper, which was 9.25% in April, is now trading below 9%. This has become possible because of RBI’s active liquidity management. Banks were borrowing more than ₹ 1 trillion a day in April from the central bank’s repurchase window to take care of their temporary asset-liability mismatches, but the daily cash deficit in the system has now dropped to around ₹ 41,500 crore. Through its bond buying, or so-called open market operations, RBI infused ₹ 82,600 crore in the system in the first quarter of the current fiscal. Besides, the rise in the limit of export credit refinance for banks from 15% to 50% in June also released around ₹ 30,000. The combination has neutralized the impact of its activities in the foreign exchange market (for every dollar it sells in the market to stem volatility and protect sharp currency depreciation, an equivalent amount of rupees leaves the system) as well as the hefty government borrowing programme. The government so far raised ₹ 2.33 trillion, 41% of its annual borrowing target for the year.

Ironically, the government is the biggest beneficiary of the drop in bond yields as a lower yield brings down its cost of money. Since there is no synergy between bond yields and cost of loans in the Indian context, corporations have not benefited. With the cost of deposits continuing to remain high, banks are unable to pare loan rates.

The loan rate will come down only when RBI goes for a deep rate cut, but that’s unlikely to happen too soon. Wholesale price inflation in June eased to 7.25% from 7.55% in May, and so-called core inflation, which excludes food and fuel, remained unchanged at 4.8%, but this is not something to cheer about as retail inflation continues to remain in double digits. Food inflation has remained stubborn and can even worsen with the monsoon playing truant and the spectre of a drought looming large on many parts of the country. Any hike in diesel, kerosene and liquefied petroleum gas prices—which should happen sooner than later—will have an impact on inflation and so does a depreciating rupee. Overall, there is absolutely no comfort on the inflation front and it is highly unlikely that the central bank will be encouraged to shift its focus to growth at this point, even though there have been tell-tale signs of Asia’s third largest economy slowing.

The factory output data has been in lower single digits for more than a year now. The capital goods sector has contracted in nine out of the past 11 months, reflecting slowing industrial growth. However, the other lead indicator, HSBC-Markit Economics Purchasing Managers’ Index, has not been showing any dramatic contraction. In fact, both the manufacturing as well as the services indices have been showing a relatively healthy pace of expansion.

Finally, the global economic scenario continues to remain uncertain. The US Federal Reserve has extended its so-called Operation Twist to lower borrowing costs, and the European Central Bank has cut rates, but still there is no solution in sight for the European sovereign debt crisis. Against this global backdrop and uncertain inflation outlook, any rate cut will be suicidal; the status quo is par for the course. Since RBI reviews its monetary policy every six weeks, it can always change its stance and go for policy action quickly if the situation demands so.