The Ruia Group says the three companies aren’t related to it. 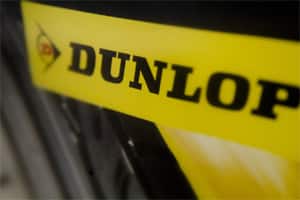 Two of the firms that are to receive the shares—Regus Impex Pvt. Ltd and Salputri Commerce Pvt. Ltd—are based in Kolkata and their whereabouts were unclear until they moved their registered offices in the past few months to their latest addresses.

The third company—Suncap Commodities Ltd—is based in Mumbai. It recently moved its registered office from Mumbai’s Fort neighbourhood to Mittal Court in Nariman Point. Suncap will own 14.35% and 19.6% in Dunlop and Falcon, respectively, after the share allotment is concluded.

The registered offices of the two Kolkata-based firms couldn’t be traced at the addresses given by them in regulatory filings except at the latest ones to which they moved this year.

Filings with the Registrar of Companies show it had its registered office between 12 January and 19 April at 128 Salkia School Road in Howrah, a residential building, and at 2A Ganesh Chandra Avenue in central Kolkata before that.

At both these buildings, occupants couldn’t recall having ever heard of Regus Impex.

Salputri Commerce’s registered office was moved to 127 Barrackpore Trunk Road in the northern suburbs of Kolkata on 7 January. Previously, it had its registered office at two north Kolkata addresses—2 Ganpat Bagla Road (between June 2009 and January 2012) and 29A Rabindra Sarani before that.

The watchman at 2 Ganpat Bagla Road said he had at times received letters addressed to Salputri Commerce, but no one ever came to claim them, and that no company by that name had its office in that residential building. Occupants of 29A Rabindra Sarani said they hadn’t heard of the firm at all.

“We did not experience any difficulty in corresponding with them," a Ruia Group spokesperson said in an emailed statement, answering a question on the whereabouts of the firms to which Dunlop and Falcon are issuing shares. “You may please check their latest addresses."

He also said the three companies “do not belong to the Ruia Group".

If they did, the group would have had to make an open offer because under Indian takeover laws, promoters are not allowed to raise their holding by more than 5 percentage points in a financial year.

“Irrespective of the percentage of shares held by the promoters, both Dunlop and Falcon remain to be professionally managed and continue to function in the same way as they have till now," the spokesperson for the Ruia Group said in his emailed statement.

It isn’t immediately known whether these three companies are related to each other—if they are, they would have to make an open offer to Dunlop and Falcon’s shareholders, having together acquired more than a 25% stake in the two firms. No announcement to that effect has yet been made.

“The key question is whether these firms are to be seen as persons acting in concert," said an expert on takeover laws, adding that markets regulator Securities and Exchange Board of India could “wish to take a close look at the transaction". He declined to be named.

The Takeover Code 2011 describes so-called persons acting in concert as such entities which “share the common objective of acquisition...and co-operate for acquisition of shares or voting rights... in the target company".

If the three firms are held to be acting in concert, they would have to make an open offer to Dunlop and Falcon’s minority shareholders, even if they are not found to be related in any other way.

These three companies took over loans given to Dunlop and Falcon, respectively, by Stephens Financial Services Pvt. Ltd and Manali Properties and Finance Pvt. Ltd—both Ruia Group companies. These lenders gave the three firms that took over the loans the right to covert them into shares, regulatory filings show.

Stephens Financial had loaned ₹ 62.39 crore to Dunlop, of which ₹ 60 crore was transferred to the three companies and converted into shares allotted at ₹ 12 each. It resulted in the issuance of 50 million new shares. Dunlop continues to owe Stephens Financial the remaining ₹ 2.39 crore.

Manali Properties transferred loans worth ₹ 144 crore to the three companies, and these were converted into 433.87 million shares allotted at ₹ 33.20 apiece.

The conversion of loans into shares was approved by Dunlop’s and Falcon’s shareholders in two separate general meetings last week.