New Delhi: Russia-based Sistema JSFC, the majority shareholder in Sistema Shyam TeleServices Ltd (SSTL) that operates the MTS brand of mobile phone services, has sent a notice to the Union government invoking the right to protect its investment under a bilateral treaty, the first such challenge by an overseas company following the cancellation of 122 licences by the Supreme Court on 2 February.

Apart from using the provisions of the bilateral investments treaty (BIT) between India and Russia to move against the government, “the company also plans to contest the Supreme Court order by filing a review petition within this week", Vsevolod Rozanov, president and chief executive officer of SSTL, said in an emailed statement. 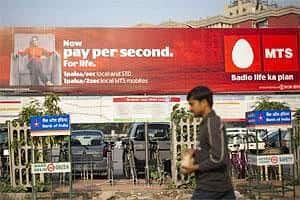 “The key question before the arbitral tribunal...would be whether the effect of the Supreme Court verdict amounts to a violation by the government of India of the rights of an investor from Russia under the BIT," she said. “The defence of the government in such a case would need to be carefully articulated under the provisions of the BIT, to the effect that the Supreme Court ruling does not amount to an ‘expropriation’, or an action equivalent to expropriation as defined under the BIT."

Sistema has invoked clause 9.1 of the BIT, which was signed on 23 December 1994 and came into force on 5 August 1996. If the dispute was not settled within six months, it “reserves the right to commence proceedings against India before an international arbitration tribunal set up in accordance with the arbitration rules of the United Nations Commission on International Trade Law (UNCITRAL) and/or in any other available forum", the company said.

If a verdict over the dispute goes against the government, Sistema may have to be compensated for losses on its investment in India, Anuradha said. However, such bilateral pacts typically don’t contain a provision to impose a penalty that’s over and above such compensation.

Other shareholders in the Indian joint venture company include the Russian government with a 17.14% stake that was bought in December 2010, besides Shyam Telelink, which has 24%. Minority shareholders hold about 2.2%.

This is the fourth of the five international operators affected by the Supreme Court verdict that has sought to protect its investment in the country. The apex court cancelled the licences and spectrum allocated to nine companies and directed the Telecom Regulatory Authority of India to draft recommendations on auctioning the freed-up frequencies in the next four months.

SSTL is left with just its Rajasthan licence, which it had before the January 2008 allocations.

On 9 February, Bahrain-based telecom services provider Batelco announced that it was selling its stake back to the Siva Group for $175 million (Rs 860 crore today), the price at which it had bought the 42.7% stake in the Indian joint venture, STel Pvt. Ltd, in 2009.

On 23 February, Etisalat, which had bought a 45% stake in Swan Telecom (renamed Etisalat DB Telecom Pvt. Ltd), announced that it was shutting down the network and asmuch of its operations as possible to pare costs. The telco announced that a final decision on whether to shut its India operations would be taken once the rules for the forthcoming 2G spectrum auction were announced. Etisalat is also suing the promoters of Swan, Shahid Balwa and Vinod Goenka, for fraud and misrepresentation.

The resolution of disputes under the BIT include negotiations under the conciliation rules of UNCITRAL.

Sistema said it has also sent letters to the ministries of finance, external affairs and communications and information technology.

MTS and Uninor are the only two of the new telecom operators hit by the Supreme Court ruling that have said they will continue to operate in India for as long as possible.

Sistema has approximately 15 million subscribers with investments of more than $3 billion in the country.

“We have always maintained that all our investors including Sistema JSFC and Rosimushestvo, the Russian Federal Agency for State Property Management, are being penalized for acting in good faith and in reliance on the appropriateness of the procedures established by India’s telecommunications authorities," Rozanov said.

Interestingly, the clause invoked by Sistema is being reviewed by the Indian government and may not be included in future bilateral trade agreements.

As reported by Mint on 29 January, India is likely to exclude in bilateral trade pacts the clause that permits a foreign investor to sue the host country at an international dispute settlement agency. The department of industrial policy and promotion has, in principle, decided not to include such a condition.

India had declined to include such a clause, also known as the investor-to-state dispute settlement mechanism, in negotiations over a trade pact with the European Union, Mint reported on 4 July. These negotiations are continuing.