Home >Home Page >DCGI sends Shreya back to the lab

DCGI sends Shreya back to the lab

DCGI sends Shreya back to the lab 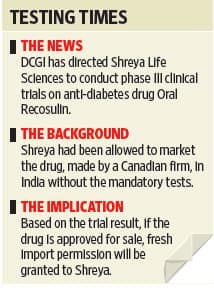 The directive follows a Mint investigation in March which found that the drug had been approved for marketing in India without it undergoing local human clinical trials, as mandated by the Drug and Cosmetics Act of India.

“We asked Shreya to conduct phase III human clinical trials in India. They have submitted the protocol for conducting the trial, and once that is approved, the company will be allowed to conduct the trial," said drugs controller general of India (DCGI) Surinder Singh.

It was also found that the drug, which falls under the category of a “new drug" because it is administered orally as opposed to the widely used injectable insulin, was being sold only in one other country—Ecuador—at the time it received marketing approval in late 2007.

Taking swift action, DCGI suspended the permission granted to Shreya to import Oral Recosulin. DCGI also asked the company to provide details of the quantity of the drug imported and, in case these were being used for a post-marketing surveillance study (a sort of clinical trial after the product has been launched), the status of this study.

The regulator also suspended the sale of the drug and launched an investigation into the marketing approval granted to Generex and Shreya for the product. 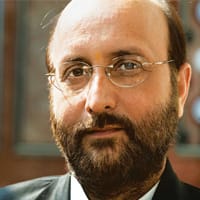 A Shreya executive declined to comment on the matter. “Please do not contact us in this matter, we have no comment," said Ram Shelat, director (domestic business) at Shreya Life Sciences. An email sent to Generex Biotechnology remained unanswered.

While DCGI had referred the matter to the ministry of health for an investigation into the marketing approval granted to Generex and Shreya for the product, the probe has come to a standstill following the death of former DCGI M. Venkateswarlu, who was in charge when Generex received marketing approval.

This approval and import permission were transferred to Generex’s licensee Shreya Life Sciences in April 2008 by Singh.

Generex Biotechnology, which entered a marketing agreement with Shreya for launching the product in India, sells this product in other countries under the brandname Oral-Lyn. The product, according to the company’s website, was launched recently in Lebanon.

While the sale of Oral Reconsulin was to have been suspended in March, Generex continues to say in press releases that the product is available for sale.

In a press release dated 27 August, the company said that its flagship product, oral insulin [Generex Oral-lyn (TM)], which is “available for sale in India and Ecuador for the treatment of subjects with Type 1 and Type 2 diabetes, is in phase III clinical trials at several sites around the world".