New Delhi: The government plans to introduce statutory norms for vehicle recalls in the belief that a voluntary code the auto industry has agreed to adopt may fall short of addressing consumer grievances over defective automobiles, said two government officials familiar with the development.

Industry lobby Society of Indian Automobile Manufacturers (Siam) is expected to announce on Monday a voluntary vehicle recall policy on which auto makers have reached a consensus. The proposal isn’t likely to significantly change the way the industry addresses the issue; typically, an auto maker makes an announcement offering to fix any defects and replace faulty components, but escapes penalties and punishment that are common in developed markets. 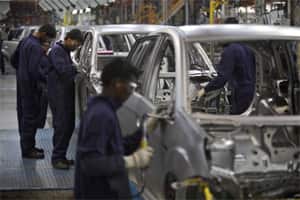 The industry moved towards adopting a voluntary code after the discovery of defects led many car makers to order recalls and sparked concerns in the government.

The government is expected to hold a high-level meeting on a vehicle recall policy in the second week of July. Officials of the department of heavy industries, the ministry of road transport and highways, and representatives of Siam are expected to attend the meeting, the official said.

A second government official familiar with the development said the ministries concerned with the issue will discuss Siam’s voluntary code on vehicle recall.

Siam’s director general Vishnu Mathur could not immediately be reached for comment because he was travelling abroad.

According to another Siam executive who is directly involved in the matter, the industry will look into it.

“But one has to understand that voluntary recalls cannot have fines or penalties. The industry has committed itself to the step. It is a proactive move where we are putting down all the necessary steps," said the executive. “The question is, are we interested in collecting some money or solving the issue?"

The industry’s move to adopt a voluntary product recall code comes after the ministry of road transport and highways convened a meeting on 16 January to discuss repeated instances of defects being discovered in vehicles and of cars catching fire. That meeting was attended by members of Siam and the Automotive Research Association of India (ARAI).

“After prolonged deliberations in the meeting, the ministry of road transport and highways asked ARAI to bring before the government the mechanism of product recall and its liability regime in developed and developing markets, particularly the recall mechanism prevailing in the United States," said S.P. Singh, senior fellow and coordinator of the Indian Foundation of Transport, Research and Training (IFTRT), an independent body.

“The vehicle manufacturers appeared to be lukewarm to the proposal of having a mandatory recall mechanism and pressed that the existing consumer complaint and warranty system was enough to take care of customer safety," Singh said.

In India, auto makers have no obligation to recall any vehicles, unlike in the US and Japan. In these markets, notified entities ask for recalls and levy strict penalties on manufacturers for any violations.

Still, there have been some attempts towards penalizing vehicle manufacturers for producing defective vehicles in India.

A committee set up in September 2009 to review the Motor Vehicles Act, 1988, suggested the imposition of a fine of ₹ 1 lakh on the manufacturer for producing defective vehicles. The National Road Safety and Traffic Management Board Bill proposed a ₹ 10 lakh penalty.

“Such suggestions do not carry any conviction and legislative support in the absence of having a formal mandatory product recall mechanism for vehicles and tyres and hence could not be enforced in order to meet the real challenge of vehicle/tyre failures," said Singh of IFTRT.

“The government must see the underlined intent and purpose of such a move when (the) government is understood to be seriously working on having a mandatory auto recall policy in the near future."