ONGC in talks with Statoil, Ecopetrol

ONGC in talks with Statoil, Ecopetrol

As part of efforts to boost its energy production capacity, state-owned Oil and Natural Gas Corp. Ltd (ONGC) is in separate talks with Columbia’s Ecopetrol SA and Norway’s Statoil ASA for cooperation in hydrocarbon exploration and development.

Such an arrangement may result in more joint efforts overseas for securing assets and significantly help India toward energy security.

The Indian explorer has been scouting abroad for opportunities to plug technology gaps and to leverage the strengths of large oil companies. In March, ONGC signed a memorandum of understanding (MoU) with the world’s fifth largest refiner, ConocoPhillips, “for cooperation in exploration and development of shale resources in India, North America and elsewhere, besides deepwater opportunities in eastern offshore India". 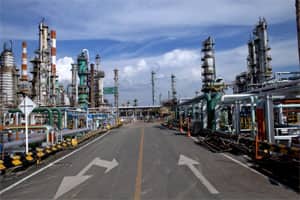 “We are in talks with Ecopetrol for a broad MoU for cooperation. We may also jointly work together for properties. It will be on the lines of what we recently signed with ConocoPhillips," said a top ONGC executive, requesting anonymity. “We have also been in talks with Statoil for doing something together overseas. Since we both are government-owned companies, there is synergy."

Another ONGC executive, also asking not to be identified, said the company wants “to leverage Ecopetrol’s expertise in imaging our foothills. Ecopetrol has seen success in the Andes".

Queries emailed to spokespersons of ONGC, Ecopetrol and Statoil on 4 July remained unanswered.

ONGC Videsh Ltd, the overseas arm of ONGC, is the only company among Indian state-owned firms with producing assets overseas. It is present in 15 countries through 33 projects and has a proven balance of oil and gas reserves of 202.908 million tonnes (mt). But its producing properties in Sudan have been affected by South Sudan’s decision to cap wells, and the ones in Sakhalin and Syria are in decline.

The search for partners is important for ONGC given the concerns about its production capabilities. Most of the company’s domestic fields are over 30 years old. ONGC has also been trying to get a partner for deepwater exploration after Statoil and Brazil’s Petroleo Brasileiro SA (Petrobras) quit their partnership in the development of a gas find in the Krishna-Godavari basin off Andhra Pradesh.

India’s domestic energy supplies are limited and its dependence on imports is as high as 80% for crude oil and 25% for natural gas. The country is the world’s fourth largest consumer of energy after the US, China and Russia, accounting for 4.4% of the world’s annual energy consumption.

State-owned firms have been scouting overseas for energy assets and have invested ₹ 64,832.35 crore in the effort. According to India’s oil ministry, the country’s energy demand is expected to more than double by 2035, from less than 700 mt of oil equivalent today to around 1,500 mt.

“The investment climate in upstream is subdued; national oil companies from other oil provinces may be comfortable to collaborate with ONGC, develop bilateral arrangements, rather than attempt to work alone in India," said Gokul Chaudhri, a partner at audit and consulting firm BMR Advisors Pvt. Ltd. “ONGC, too, will benefit from such collaborations. The challenge is to translate vision to action."

Interest in India’s hydrocarbon sector has been diminishing in recent months, and foreign firms such as Australia’s Santos Ltd and Italy’s Eni SpA are planning to exit their oil and gas exploration and production businesses in India. A part of the problem is the failure of some projects to obtain clearances from ministries such as environment and forests, and defence.